Monument unveiled in memory of deputy constable killed in Baytown

KTRK
By Jeff Ehling
BAYTOWN, Texas (KTRK) -- One year ago marks the day that Assistant Chief Deputy Clint Greenwood was gunned down in the parking lot of the Baytown Courthouse Annex.

Now on the spot where Greenwood was killed stands a memorial in his honor.

Eyewitness News reporter Jeff Ehling is at the special ceremony being held in honor of Assistant Chief Deputy Clint Greenwood.

Greenwood was murdered as he parked his patrol vehicle at the annex in the 700 block of West Baker on the morning of April 3, 2017.

"When you are coming to work getting there to be the first one there in the parking lot so you can make the coffee and everybody gets the day started well, you don't think much about the danger," said friend and co-worker Jim Leitner.

The murder set off a manhunt that ended days later after authorities figured out the suspect had committed suicide not long after the attack.

After the murder, Greenwood's brothers and sisters behind the badge promised the Assistant Chief would not be forgotten and that this memorial is proof Greenwood's legacy will live on forever.

His daughter told the crowd her memories of a family crawfish boil. That moment would be the last time the family was together.

"At the very end of the night, he said this is how it should be, all of us together, and how happy he was," said his daughter Catherine Greenwood.

The Greenwood family spoke during the monument unveiling in their father's honor Tuesday morning.

Greenwood's widow was too emotional to speak, but the family says they are grateful Precinct 3 is keeping Clint's memory alive.

"I want to thank the Constable's Office for everything they do on a daily basis, for this wonderful, wonderful memorial. Thank you from the bottom of our hearts," said his son Chuck Greenwood.

The memorial was dedicated to Greenwood outside of the annex, which is now named after him.

Line of people waiting to get closer look at memorial to Clint Greenwood pic.twitter.com/Cbhyd1n19z

A memorial is dedicated to Assistant Chief Deputy Clint Greenwood one year after his death. 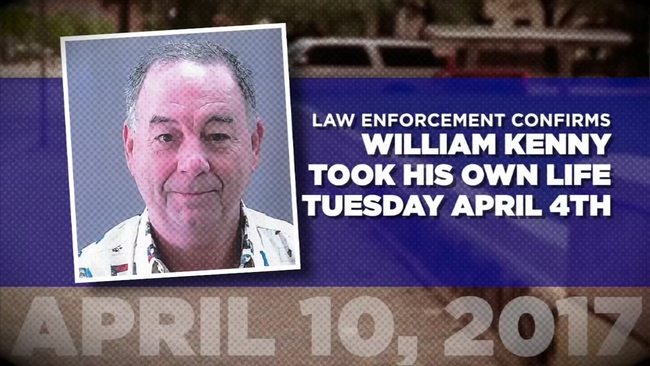