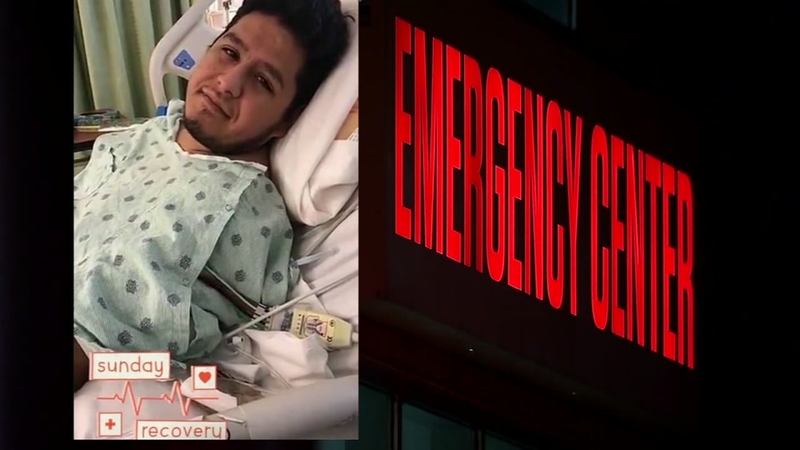 HOUSTON, Texas (KTRK) -- A beloved west Houston daycare teacher had to have his foot amputated after contracting a flesh-eating disease, and his family says they still don't know where he got it.

Raul Reyes, 26, remains hospitalized after the amputation of his right foot Feb. 23. He's been using a walker to get around and is in good spirits. His wife says he had been so close to death.

"Every day he has been here, I think about how I could have lost him," said Joseline Alfaro.

"It's very scary because it's not something we were ready for. It could happen to anybody," added his sister-in-law, Gabby Escobedo.

Concerned about what he thought was a blister last week, Reyes went to a clinic where Alfaro says they told him he had a flesh-eating bacteria. Doctors believe the bacteria entered through an open wound from an ingrown toenail, but they don't know where he got it. Common places for infection are salt and brackish water.

"We were like, nono, he's perfectly healthy. We haven't gone to the beach in a year so it's just weird how all of this happened," said Alfaro.

They have set up a GoFundMe account to raise money for a prosthetic foot.

Messages from his 3-year-old students have helped him get through the ordeal.

"It just raises his spirits and he wants to go back to work already and be with the kids."