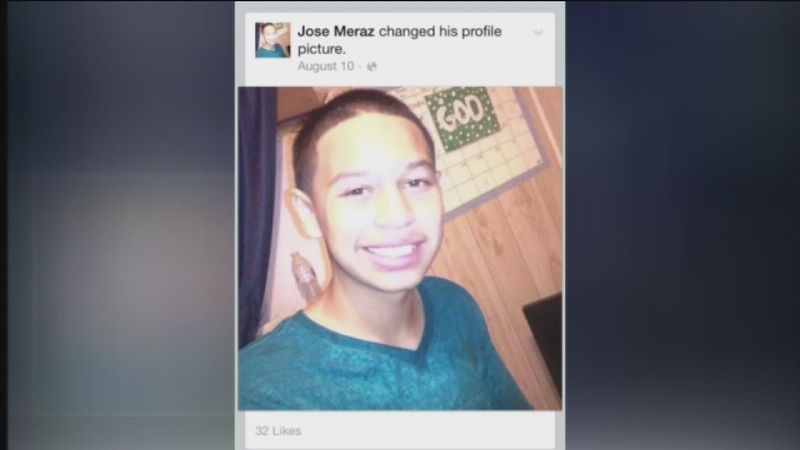 "He was like a real calm person, no problems, he would come everyday to play soccer," said Guzman, who lived in the same apartment complex as Meraz.

The 14-year-old can be seen smiling in his Facebook posts. He was an eighth grade student at Stovall. But on September 15, a person walking his dog discovered a body in a heavily wooded area in west Houston. Two days later, classmates and friends would learn it was Meraz.

"It makes me feel bad. I'm even stuttering, I can't even talk right," said Joseph Juarez, whose younger brother attended classes with Meraz. "I just saw him at my house (last week.)"

With his parents in Honduras, friends say Meraz lived in Houston with his cousins. He hung out at a local skate park and loved to play soccer.

"He was a goofy student he was always excited, always happy. He was never let nothing get to him," Claudette Vela, who took classes with Meraz last year.

Houston police are still investigating. For now, they don't know why Meraz was killed. Friends have speculated that the murder may be gang related, but so far, nothing has been confirmed.

HPD is are asking the public for help. If you know anything about the death of the 14-year-old eighth grade student, you are asked to call Houston police.
Copyright © 2021 KTRK-TV. All Rights Reserved.
TOP STORIES
Gunman hijacks ambulance with EMT and patient inside
Driver may have been street racing before crash with innocent family
1 dead, 5 hurt in shooting at N. Houston bar
'Do your job': Murder victim's brother waiting for trial tells courts
Texas and Oklahoma could move to SEC in weeks, sources say
Pattern change this weekend brings less rain, more dust and heat
'Indians' no more: Cleveland finds new name for baseball team
Show More
Texas begins jailing border crossers on trespassing charges
Untreatable 'superbug' fungus has spread in 2 US cities, officials say
US shuts down online passport booking system amid massive backlog
Morgan Wallen speaks out on using a racial slur in 'GMA' interview
At least 100 US athletes unvaccinated as Olympics begin
More TOP STORIES News