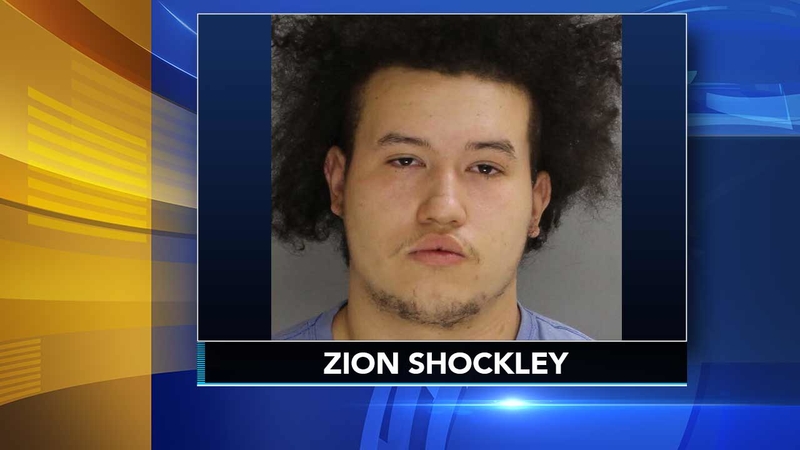 COATESVILLE, Pennsylvania -- A Pennsylvania man has been charged with the murder of his 5-month-old daughter, apparently caused by rage during a video game.

Zion Isaiah Shockley, 18, of Coatesville is accused of shaking, throwing, and dropping his infant daughter, causing her death.

He has been charged with first-degree murder and related offenses, Chester County District Attorney Tom Hogan and the Coatesville Police Department announced Thursday.

Officials say Shockley shared custody of the child with the mother, but was the primary caretaker at the time of her death.

"An infant cannot defend herself. A baby cannot run away or call for help. A 5-month-old cannot tell people what is happening to her. A baby is the most vulnerable and innocent victim possible," District Attorney Hogan said in a statement. "Now it is our job to do what this baby could not, and deliver justice to the killer."

On February 10, Coatesville police officers responded to the 500 block of E. Harmony Street for a five-month-old in cardiac arrest.

Paramedics transported the child to Brandywine Hospital, and later A.I. DuPont Hospital for Children where she died of her injuries.

Officials say the child was bleeding from the brain and eyes, injuries consistent with abusive head trauma. They say such trauma is caused by both recent and ongoing abuse.

Sometime after Christmas, according to the complaint, Shockley was playing on his PlayStation 4 when he became frustrated because he lost. He told authorities, the complaint says, that he picked up the baby and shook her for approximately five minutes. Shockley said he put the child down and she appeared to be fine, the complaint says.

In connection to the February 10th injuries, according to the complaint, Shockley admitted to authorities that he was playing Call of Duty on PlayStation and became upset after another player called him a failure at the game.

He got angry, according to the complaint, and picked up the baby and tossed her in the air twice. Shockley told authorities he did not catch her and the baby fell on the mattress face down, the complaint says.

He then picked up the child and shook her for approximately one minute, according to the complaint. The complaint says Shockley then went downstairs for some water and realized when he returned that the baby was not breathing.

Shockley is not eligible for bail and is currently incarcerated at Chester County Prison.