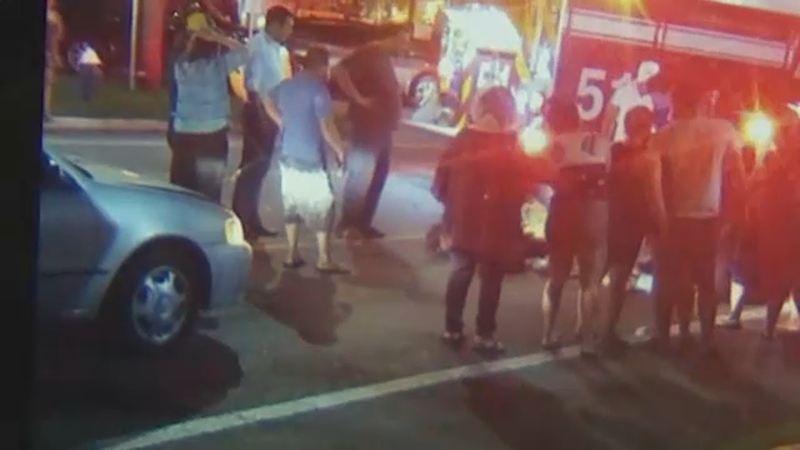 3-year-old hit by car after sneaking out of home

HOUSTON, Texas (KTRK) -- A three-year-old girl is in critical condition after being hit by a car in southwest Houston.

It happened on Bellerive Drive in Sharpstown just after 10 p.m. Sunday.

Three-year-old little girl hit while crossing Bellreive Drive last night. Apparently she and her four-year-old brother managed to get out of their parent’s apartment undetected pic.twitter.com/DaA5z4U0Mz

"Everyone was crying," said Antonio Aguillard, who captured video of the chaotic scene on his phone. "Everyone was nervous."

Police say the driver of the car stayed at the scene and showed no sign of impairment.

The little girl was taken to the hospital with critical injuries.

"Apparently, they snuck out of the apartment without dad knowing, mom was showering so, dad realized they were not in the apartment to come look for them," said Sgt. J. Uribe with Houston Police.

The girl is stable. Police say they will refer this case to the district attorney's office to see if any charges will be filed.