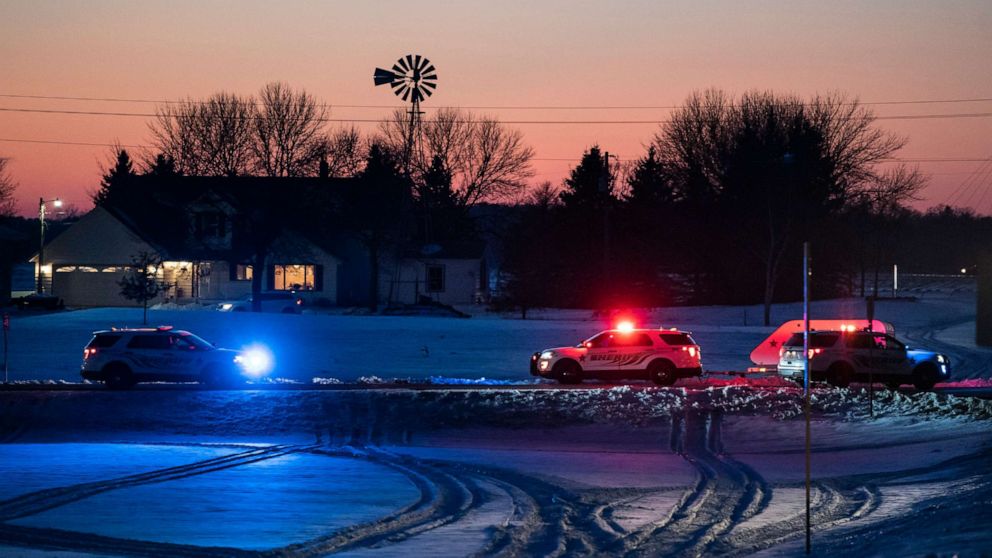 ABCNews
By LUIS MARTINEZ
Three soldiers aboard a Minnesota Army National Guard helicopter were killed after the UH-60 Black Hawk crashed during a flight from an Army aviation facility in St. Cloud, Minnesota, on Thursday, Minnesota Gov. Tim Walz said.

The Black Hawk lost communication with the tower about 2:15 p.m. on Thursday while it was conducting a maintenance test flight, according to the Minnesota National Guard. The crash occurred about 16 miles southwest of St. Cloud.

Officials said the names of the soldiers would be released once their families were notified.

According to emergency radio calls, the helicopter called in a "mayday" about nine minutes after takeoff. Imagery from later in the afternoon showed what appeared to be wreckage from the Black Hawk just inside a tree line following an intense search effort.

Information about the helicopter's flight destination was not immediately available, Army Col. Joe Sharkey, director of communications for the Minnesota National Guard, told ABC News after the helicopter was reported missing.

Army Safety Center investigators from Fort Rucker in Alabama were expected to arrive at the scene on Friday, Walz said. Chief Deputy Dan Miller of the Stearns County Sheriff's Office said the crash site was not close to any homes.

The St. Paul Fire Department said in a tweet on Thursday afternoon that it had deployed a rescue squadron following reports of the missing aircraft.

"Our first priority is the safety and well-being of our Guardsmen and our thoughts are with our soldiers and their families at this time," the Minnesota National Guard said during the search.

In September, one soldier was killed and three others were injured during an Army helicopter accident at the Joint Readiness Training Center and Fort Polk training area in Louisiana.

A spokesperson for Fort Polk told ABC News at the time that the helicopter was a UH-60 Black Hawk medevac unit comprised of four soldiers that crashed while en route to pick up another soldier needing treatment for heat-related symptoms.

It was unclear what caused that crash, but the spokesperson said that the weather was clear and the helicopter did not strike power lines.

Then in November, two Apache pilots were killed during a helicopter crash in eastern Afghanistan. Initial indications were that the helicopter was not brought down by enemy fire.