Demonstration to be held at NRG over Washington's team name 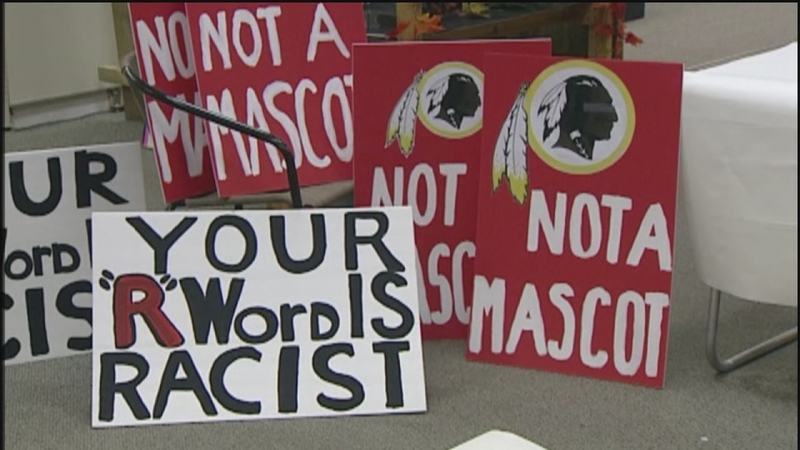 A group of Native Americans and other supporters of the group are planning a demonstration against the Texan's opponent Sunday, the Washington Redskins.

"We're hoping that the people will wake up to the racism of Native Americans," said Chance Landry from the Southern Apache Museum in Houston. "We want them to know that we are human beings and the word Redskin is very offensive to us."

The group spent Saturday painting nearly a dozen signs for their demonstration outside of NRG Stadium.

Earlier this year, the group successfully convinced the HISD school board to ditch the Redskins name and mascot at Lamar High School along with other offense Native American mascots at other schools.

Months ago, the US Patent and Trademark office ruled that the Washington Redskins name was disparaging to Native Americans. Still, the ruling doesn't force the NFL team owner to change the name.

"To me, it means the brave. It doesn't mean all of these shenanigans," said Redskins fan Narcisco Noyola.

Noyola showed Eyewitness News his Hummer. He decked it out in Redskins flags, stickers and a giant helmet on the hood. He says he's proud of the mascot and name.

"No, it's not negativity. Look, I've been living this since I was a little kid. This is what I believe," said Noyola.

"I think Native Americans are being abused and taken advantage of," said Texans fan Will Stonum. "It all boils down to dollars and cents."

And you may have heard or seen some public service announcements Saturday. "Change the Mascot" is the message.