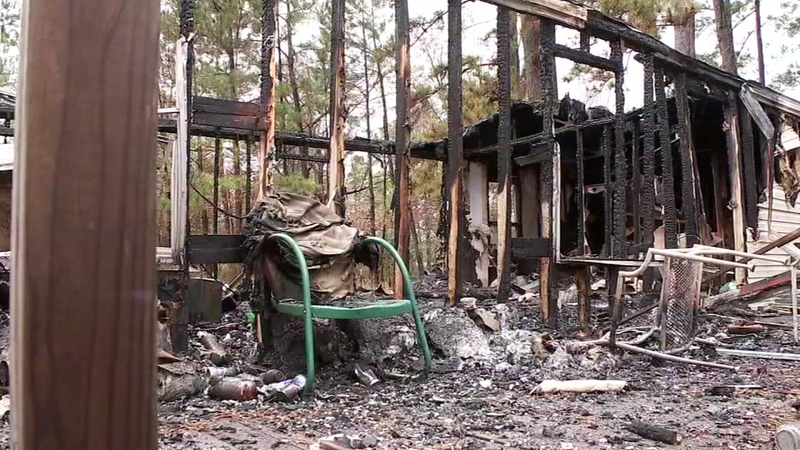 Couple 'grateful' even after Christmas tree burns down home

NEW WAVERLY, Texas (KTRK) -- While many families are picking up wrapping paper and kids are finding a place for their new toys, the Swindle's don't even know where to start.

"We have probably been asleep 45 minutes to an hour. Next thing I know, it was smoke or the alarm that woke me up," Richard Swindle said.

Just an hour or two into Christmas Day, thick smoke poured into Richard and Bobbie Swindle's bedroom at their New Waverly home.

"I feel like as soon as he hit the window, the smoke was so thick and overcame me. That moment is when I really got scared," Bobbie Swindle said.

Richard broke out an emergency window with the nightstand. Bobbie grabbed their puppy Dakota but dropped her on the way out. Richard went back in to get her under the bed.

Firefighters believe lights left on overnight on the family's real Christmas tree started the fire. It was in the living room. Their children's rooms are on the other end.

Bobbie had a flat tire and couldn't get them from their grandparents.

"If the kids would have been here, I don't know how they would have gotten out," Bobbie said. "We would have had to break the window."

The presents, the tree, about everything the Swindles own was lost. While it's hard to explain, they also feel they were given a gift.

"It's hard on the kids. We can deal with it and move on. No one is hurt," Richard said.

A GoFundMe fundraising page has been launched to help the family replace their belongings.