'There was no better mother': Honduran community remembers mom allegedly murdered for her baby 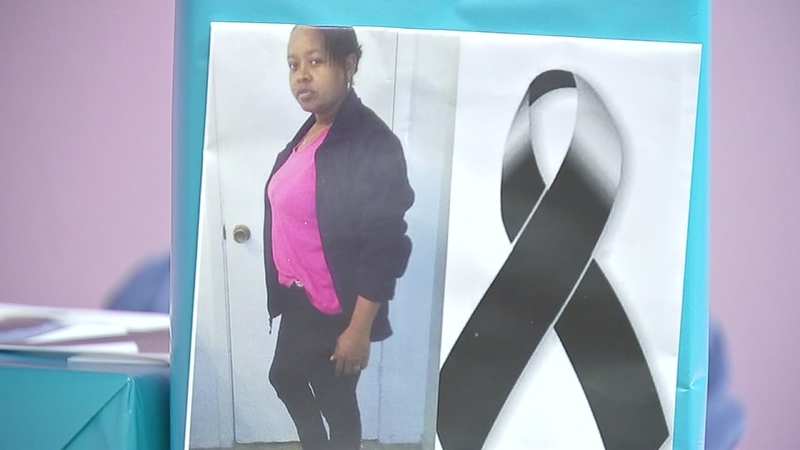 HOUSTON, Texas (KTRK) -- Houston's Honduran community gathered Friday night to mourn the loss of a young mother who was killed this week for her 6-week-old daughter.

Carolina Flores, 33, was part of the Honduran community, which included Erika Miranda-Alvarez.

Miranda-Alvarez is charged with capital murder and abduction of Flores' baby, who was recovered by police two days after Flores was found stabbed to death in her north Houston apartment.

The baby was unharmed.

Flores was mother to three children of her own, but was also raising her sister's two children.

"There was no better mother," said close friend Gustavo Rochez. "Now we all have to learn how to be parents for those kids."

The vigil was held at a southwest Houston office park, where Evangelista Garifuna has their services. Occasionally, Miranda-Alvarez would attend services at the church.

"I would speak to her," said Nayda Flores, mother of the church pastor. "Up to now, I can't believe it. We never saw that happened in our community. It's never happened before."

According to police, Miranda-Alvarez killed Flores and abducted little Shamali Flores in an attempt to cover up a miscarriage.

When asked if Alvarez was desperate to have children, Nayda Flores said, "I don't know why. She has two children who still live in Honduras."

People prayed for the Flores family in a vigil that lasted several hours.

Flores' brother, Jean Martinez Miranda, is still numb from the sense of loss.

"I believe God has given us power and it is painful," he said. "Things happen for a reason."

He just doesn't know what it is.