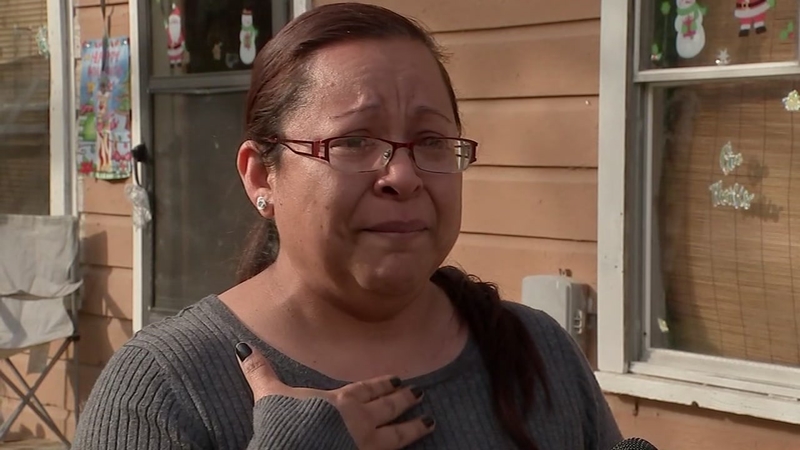 Polk Co. couple insists they did not drug grandson

LIVINGSTON, Texas (KTRK) -- One of three couples in Polk County who are charged with similar crimes, involving drugs and children, deny the claims against them.

Capetillo said the next thing she knew, her husband was handcuffed and she was too, not long after.

She said investigators pulled a bag from their home, claiming it was meth.

Investigators then tested it and also claimed their grandson, who lives with them, had meth in his system, too.

"I wish none of this would have happened. It makes me feel unwanted and an awful person in this community," sobbed Capetillo. "Everybody knows I've been here to help a lot of people and everybody knows children are my world."

The Capetillos insists they are innocent of endangering their grandson and say they haven't had drugs in their home. They also say they don't know the four others charged with similar crimes.

Capetillo said she was told a specific tip led them to their home.

Madelyn Burleson and Earl Matthews are charged with child endangerment and possession of a controlled substance. In addition to their child allegedly testing positive for meth, investigators said they had high amounts of meth in their system.

Chelsea Galardi and Jeffrey Price are also charged with felony child endangerment. They're accused of having a child who tested positive for meth.

Capetillo says she hopes someone will listen to their story and believe their innocence.

"If anyone knocks on that door, I don't know what is going to happen," she says fearfully. "I'm afraid they are going to take my daughter away."

According to CPS, the children involved in these cases are all in foster care with the exception of the Capetillo's grandson. That child has been placed with his father.