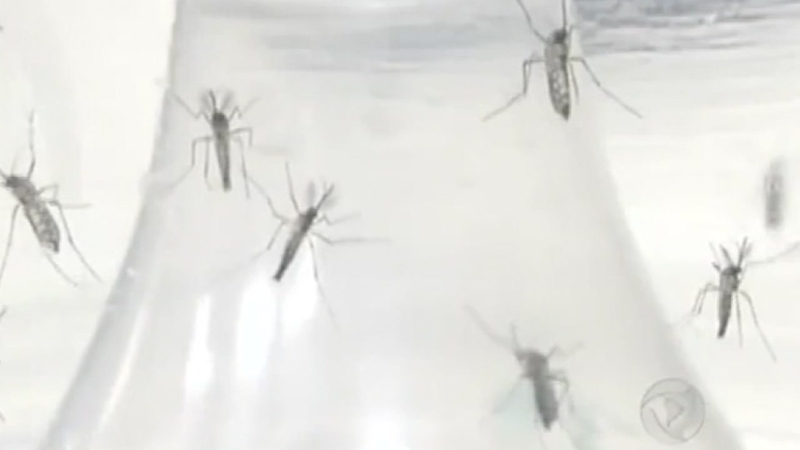 DALLAS, Texas -- Health officials in Texas will be on watch in coming weeks for any increases in mosquito-borne diseases including the West Nile and Zika viruses after Harvey's heavy rains and flooding brought water that filled ponds and ditches and crept into trash and debris that piled up.

"We're not out of the woods. I still think we don't really know what we're going to see, so that's why we've got to monitor it," said Dr. Peter Hotez, dean of the National School of Tropical Medicine at Baylor College of Medicine in Houston. "The next month is going to be the critical time," he added.

Officials are hopeful, though, that aerial and ground spraying done after Hurricane Harvey made landfall on Aug. 25 will help ensure that populations don't swell. The Texas Department of State Health Services said more than 7 million acres were sprayed by plane across areas inundated from Harvey.

Of particular concern is West Nile. Texas trails only California this year in the number of cases of the virus, which is transmitted from infected birds to humans by the common Culex mosquito. Most people don't develop any symptoms, but those who do may have fever, headache, vomiting and diarrhea. In rare cases, people develop severe illnesses such as encephalitis and meningitis, which can be deadly. Texas has had at least 100 human cases this year, including three deaths.

While there's currently no evidence of ongoing transmission of mosquito-borne diseases including Zika, dengue or chikungunya in Texas - all three spread by the Aedes aegypti mosquito - officials are watching on guard for any emergence. That could happen if someone who had traveled to a place with active cases got the disease, returned to Texas and was bitten by a mosquito that in turn bites and infects someone else.

Van Deusen said that after a brief reprieve as heavy rains and floods from Harvey washed away mosquito eggs, "nuisance" mosquitoes emerged. Those don't typically carry disease but can have an impact on recovery efforts by swarming people as they clean up and repair. Any remaining standing water is an issue because Culex mosquitoes tend to lay eggs in larger areas of still water like ponds and ditches, while the Aedes usually breeds in small water-filled containers near homes.

"So all of that debris and trash that you see around Houston as the floodwaters recede, there's going to be pockets of water in there -old discarded TV sets, old discarded tires - and that could easily lead to an increase in Aedes aegypti," Hotez said.

As expected in the Houston area, an increase in mosquitoes came about two weeks after the storm. But Dr. Umair Shah, executive director of Harris County Public Health, said officials were able to get those numbers down with aerial and ground spraying.
"We're pretty confident that the combination of everything we've done has reduced the risk of mosquito-borne disease in our community, especially for West Nile virus. But we don't know if that risk will return if we have an increase in mosquitoes over the next several weeks and that's something that we are going to continue to monitor," Shah said.

RELATED: What you should know about Zika
EMBED More News Videos

Sven Rodenbeck, chief science officer of the Centers for Disease Control and Prevention's hurricane response, said there's a potential for upticks in mosquito-borne diseases after hurricanes, so "that's why you normally do monitoring and as appropriate do mosquito control activities."

In the U.S. mainland, Florida and Texas are the only two states that have seen local transmission of Zika, which can cause brain damage in babies whose mothers are infected when pregnant.

Officials in Florida, where Hurricane Irma hit two weeks after Harvey, are also closely monitoring for mosquito-borne diseases and have increased spraying in several areas. Florida also currently has no ongoing transmission of Zika, chikungunya or dengue, and this year has only had one locally acquired case of West Nile.

"There's only so much that government and public health and mosquito control can do," said Shah, adding, "It really is a partnership with our community."