'We are watching a miracle': Rookie HPD officer recovering after driver slammed into traffic stop

KTRK
HOUSTON, Texas (KTRK) -- A rookie Houston police officer is fighting for his life after he was struck by a vehicle this morning along Southwest Freeway.

The incident happened just after 2 a.m. Wednesday on the southbound U.S. 59 near Dunlavy.

According to Houston Police Chief Art Acevedo and Mayor Sylvester Turner, Officer Nestor Garcia, 24, was one of four officers performing a traffic stop on a suspected stolen vehicle.

Garcia was positioned to the right of a patrol vehicle to help give commands to the driver when another vehicle plowed through the scene.

Acevedo said a Toyota Highlander struck Garcia and dragged him for a few feet. Garcia was rushed to Memorial Hermann Hospital with critical abdominal injuries.

ABC13's Courtney Fischer reports from US 59 where a rookie officer was hit by a vehicle.

Police identified Robert Zimmerman, as the 79-year-old man in custody due to the crash. Acevedo said Zimmerman has been charged with intoxication assault of a peace officer.

Not one to mince words, an emotional Acevedo said the driver knew that he was approaching police with lights activated. Despite that, the chief said, the suspect drove into the traffic stop at "50, 60 mph."

"I don't care if he's intoxicated, not intoxicated. That's reckless," said Acevedo, emphasizing that police lights should signal motorists to slow down.

"That officer should not be in [the hospital] fighting for his life," he added.

An Eyewitness News camera captured two vehicles parked on the side of the freeway, one of them with a deep indention on its hood and a cracked windshield. In addition, wiring from a stun gun was seen next to the vehicle.

OFFICER DOWN: HPD officer hit by car, in the hospital. Police Chief is here. LIVE UPDATE in minutes @abc13houston pic.twitter.com/XojaAD0rW8

According to Acevedo, Garcia began with the department in August 2016. He is unmarried, but police said his family members are with him at the hospital.

Garcia's family arrived at the hospital, driven there by Houston police officers. His younger brothers, ages 21 and 13 years old, and parents, waited anxiously for news of Garcia's condition.

Anyone who would like to donate blood is asked to use Officer Garcia's name when giving blood.

ABC13's Foti Kallergis reports from Memorial Hermann hospital after a rookie cop was hit by a vehicle.

Please keep Officer Nestor Garcia and his family in your thoughts and prayers as he fights for his life here at Hermann Hospital.

Praying Officer Garcia pulls through. Great young man. I was one of his references when he joined the Houston Police Department. Sad. 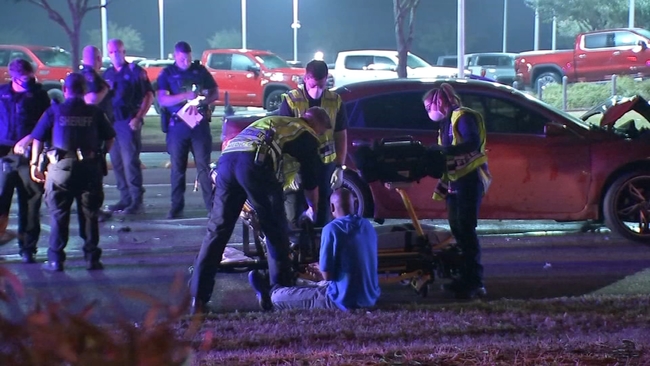 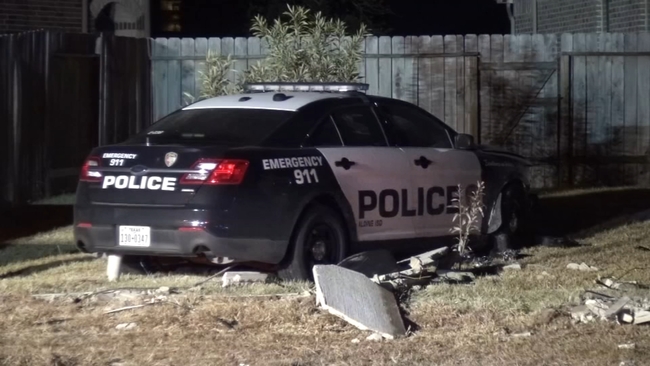