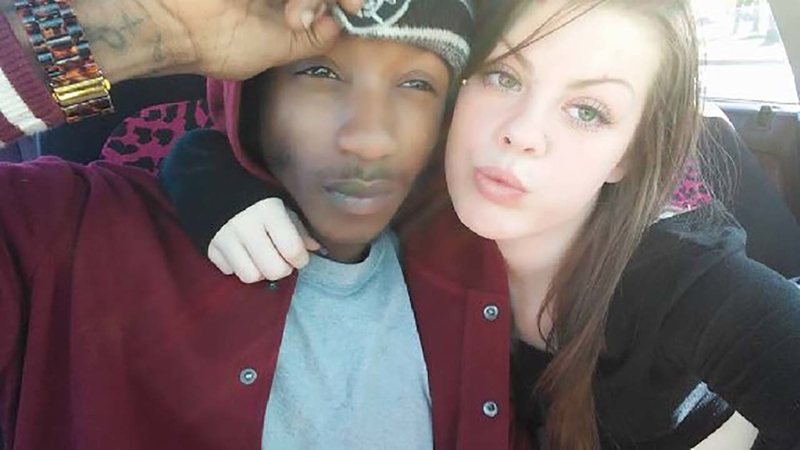 HOUSTON, Texas (KTRK) -- The family of a young woman who was beaten to death earlier this week are not only grieving for her, but also for her accused killer.

Sommer Gatto,18, suffered blunt force trauma to her head and torso Tuesday night. Investigators say her boyfriend, Marquis Williams, 20, beat her head against the ground on the street where she lived. He was naked and believed to be high on drugs.

"A young couple, seemingly in love one minute," described Sommer's father, Todd Gatto. "Everything was going fine. Apparently some type of drug activity, we don't know what, and at that point, within minutes, Marquis lost his mind."

When deputies arrived on the scene on Renata Circle near FM 529, they found Sommer lying in a pool of blood and Marquis' clothes in the street. They had to shock him with a Taser twice to subdue him.

Williams is in the Harris County jail charged with Sommer's murder.

"I held her hand those last few seconds. I called my older sister because I wanted her to say her goodbyes and I knew at that point there was nothing we could do," said Cameryn Gatto, Sommer's sister.

A woman was taken by Life Flight to the hospital after being terrorized and assaulted by a naked man.

Harris County Sheriff's Office investigators believe Williams was high on "kush," a synthetic drug, when he ran down the street, took off his clothes and attacked Sommer. First he kicked in her family's door prompting her grandmother, sister and two children to hide in a closet.

"This was uncharacteristic of Marquis," said Paula Lanius, Sommer's grandmother.

And that's why loved ones of the young woman they describe as joyful are not angry. Williams was part of their family. The two had been dating for two years and he had never been violent before, they say. His criminal history includes theft and evading arrest.

"It's not about anger," said Todd Gatto. "It's about the loss. Two individuals were lost that day."

"I think he wasn't in his normal state of mind because I personally would trust him with my life," added Cameryn.

If there's anything they want people to hear, it's this.

The family have set up a fund to help cover the costs of Sommer's funeral.