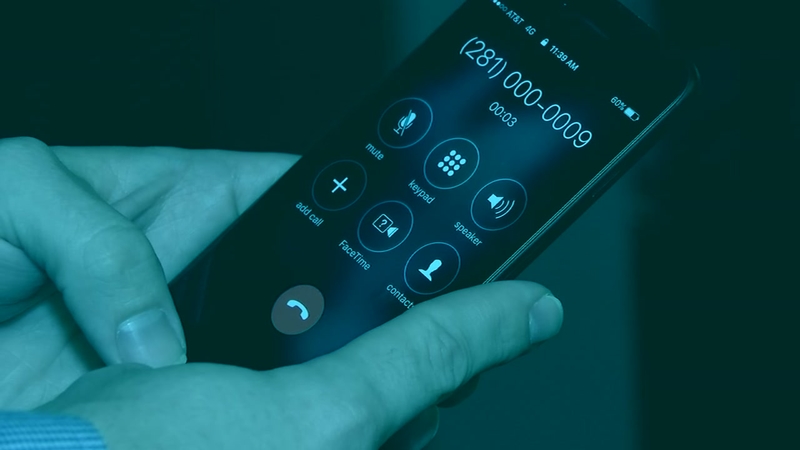 HOUSTON, Texas (KTRK) -- They're the calls many of us do not like to receive. The phone rings and the voice on the other end is automated.

Known as robocalls, they're usually trying to collect information or want you to buy something. While they seem impossible to stop these days, there are some things you can do to block them.

Jane Guevara says she get the calls at least six times a day.

"And they always call me from different numbers," Guevara explained.

She just wants them to stop. The automated calls she's been receiving lately says she owes money to the IRS. But she knows it's not true at all.

Program Director of the Center for Consumer Law, Rick McElvaney says robocalls are a big problem in the U.S., especially if you have a Houston based number. According to smart blocking technology company You Mail, area codes 713, 281, and 832 received over 92 million robocalls in May alone. But if you want the calls to stop, McElvaney urges consumers to register their number with the Federal Trade Commission.

"If you contact the FTC, you can get put on a do not call list from the National Do Not Call Registry" McElvaney said.

And do it on the local level as well.

"We also have through our public utility commission, a Do Not Call List in Texas," McElvaney told ABC13.

If your number is registered and the calls continue, report them to the FTC.

The company calling will be fined. But is that enough to prevent these robocalls from calling again?

As technology evolves, so do the bad guys. By spoofing phone numbers, they're able to create fake ones to make you believe the call is local. But the FCC has organized a robocall strike force, in hopes of developing technology to pinpoint where these calls are coming from. While that's still in development, there are some tips you should consider.

If you get a call from a number you don't recognize, don't answer it. Never give out personal information to anyone you don't know, including social security or credit card numbers. Even your name or address if someone is just trying to confirm an identity.

See what your cell provider offers and utilize those tools. T-Mobile's has Scam ID and Scam Block, while AT&T has Call Protect. Also, consider using apps that promise to flag or block robocalls. While some are free, others may charge a subscription, so be sure to choose the one that suits your needs.

Other apps you can use to help stop the calls: