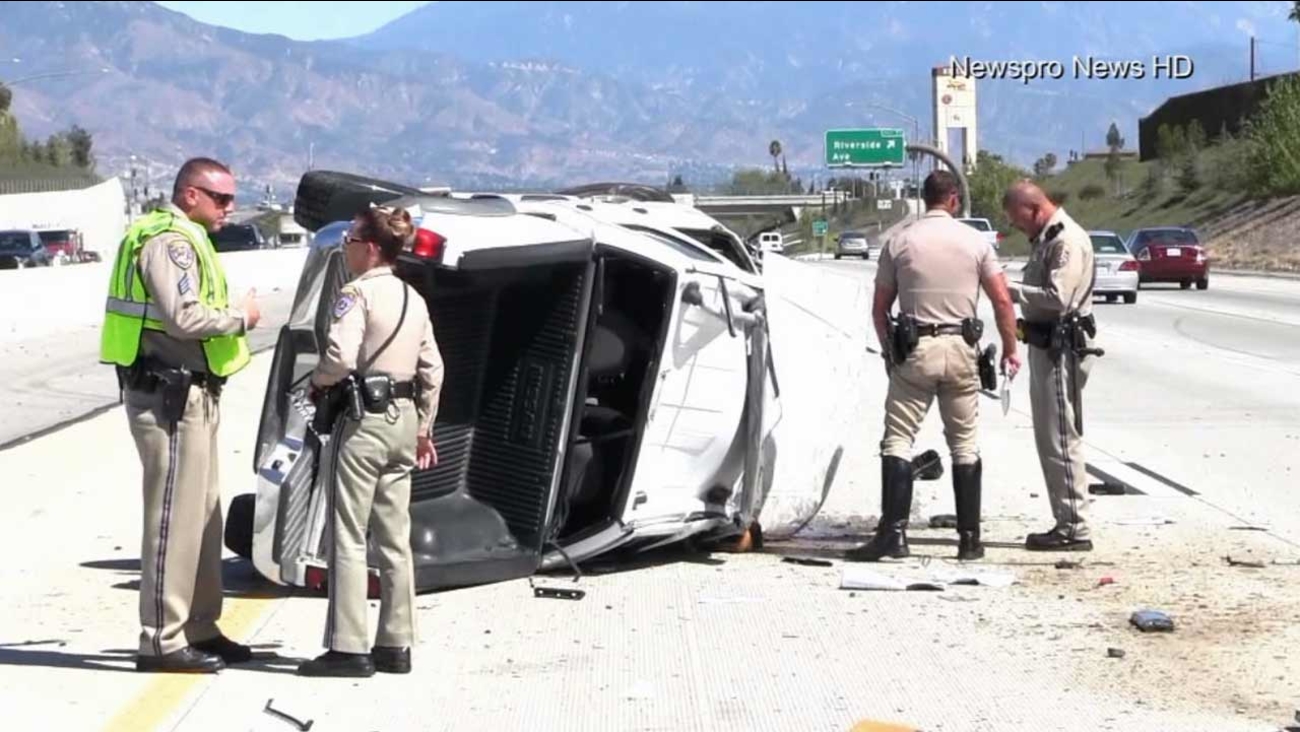 RIALTO, CA -- A 29-year-old driver was hospitalized with major injuries after the cruise control of his 2000 Nissan Frontier became stuck on the eastbound 210 Freeway in Rialto on Sunday, the California Highway Patrol said.

Trevor Mark Robben of Azusa called CHP at about 1:54 p.m. when he realized he couldn't get his vehicle to decelerate or even stop.

"We received a 911 call from the driver of this vehicle behind us, stating that his accelerator was stuck and he was unable to stop the vehicle," CHP Sgt. Josh Buffum said at the scene.

Responding CHP units found Robben's vehicle and began following him until they could figure out how to stop the vehicle. Robben shortly lost control of his Nissan, and struck an elevated dirt embankment and sound wall near Lilac Avenue.

The vehicle went airborne, overturned and came to rest on the roadway. The victim, who was not wearing his seatbelt, was ejected from the vehicle.

He was transported by responding emergency personnel to Arrowhead Regional Medical Center in Colton.

CHP plans to inspect the vehicle. No further details were immediately released.