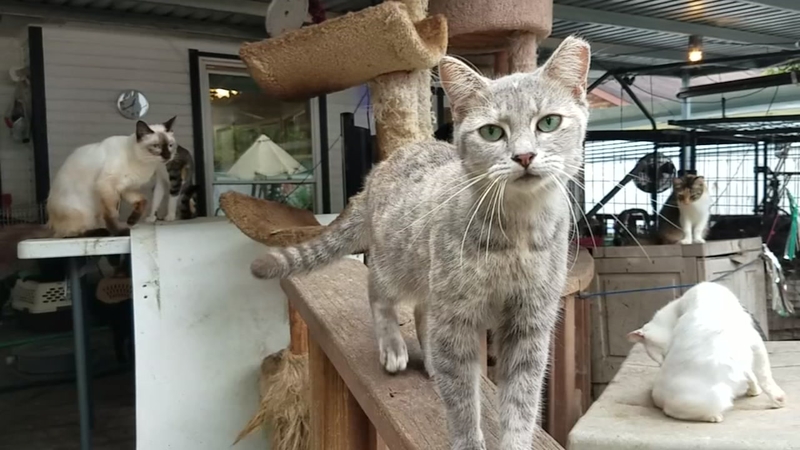 SPRING, Texas (KTRK) -- We're getting our first look at more than 200 cats who authorities say were found in pretty bad shape at a Spring cat sanctuary.

But the owners of Dave and Faye's Cat Sanctuary tell Eyewitness News the entire raid and seizure was unjustified.

The Houston SPCA and law enforcement from Montgomery County seized the animals on Wednesday, and said they are in desperate need of veterinary care.

SPCA says many of the cats are suffering from various medical conditions, including upper respiratory infections.

Dave Spencer, who co-owns the sanctuary, told ABC13 by phone that none of the allegations leveled against him are true.

Spencer says he feels like he was treated like "some kind of drug criminal" when they raided his home.

He says he started the cat sanctuary 11 years ago as a partnership with Montgomery County Animal Control after the shelter became overcrowded.

A judge will determine custody of the felines in a hearing next Wednesday.