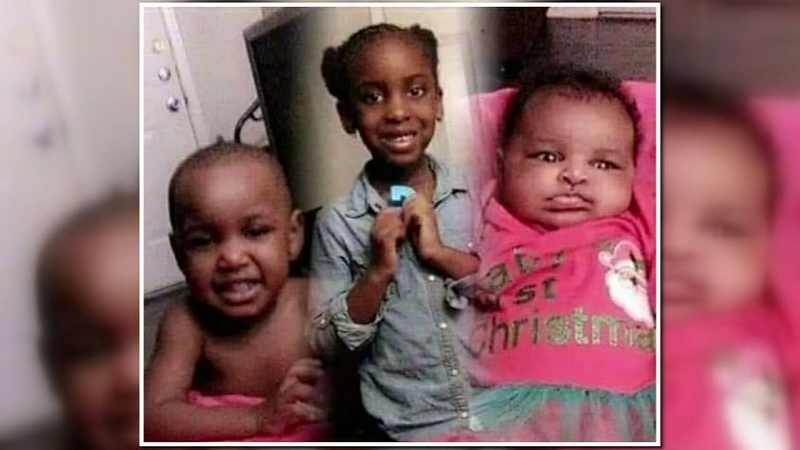 TEXAS CITY, Texas (KTRK) -- A Texas City man faced a judge just one day after he allegedly killed three children, including a baby, and then shot his girlfriend in the head.

Raw video from a Galveston County courtroom shows Junaid Mehmood facing a judge for the very first time for the murders of three children in Texas City.

Junaid Mehmood was taken into custody late Thursday behind the Panera Bread restaurant on El Dorado at I-45 in Clear Lake, just hours after police made the gruesome discovery.

The mother of the children, Kimaria Nelson, 24, underwent surgery and is currently listed as stable at University of Texas Medical Branch in Galveston.

Officers said they were responding to a welfare check around 6:15 p.m. Thursday at the Pointe Ann Apartments when the bodies of the children were found.

Shortly after the alleged stabbings and shootings, Mehmood posted a cryptic message on Facebook, apologizing to Nelson and her family: 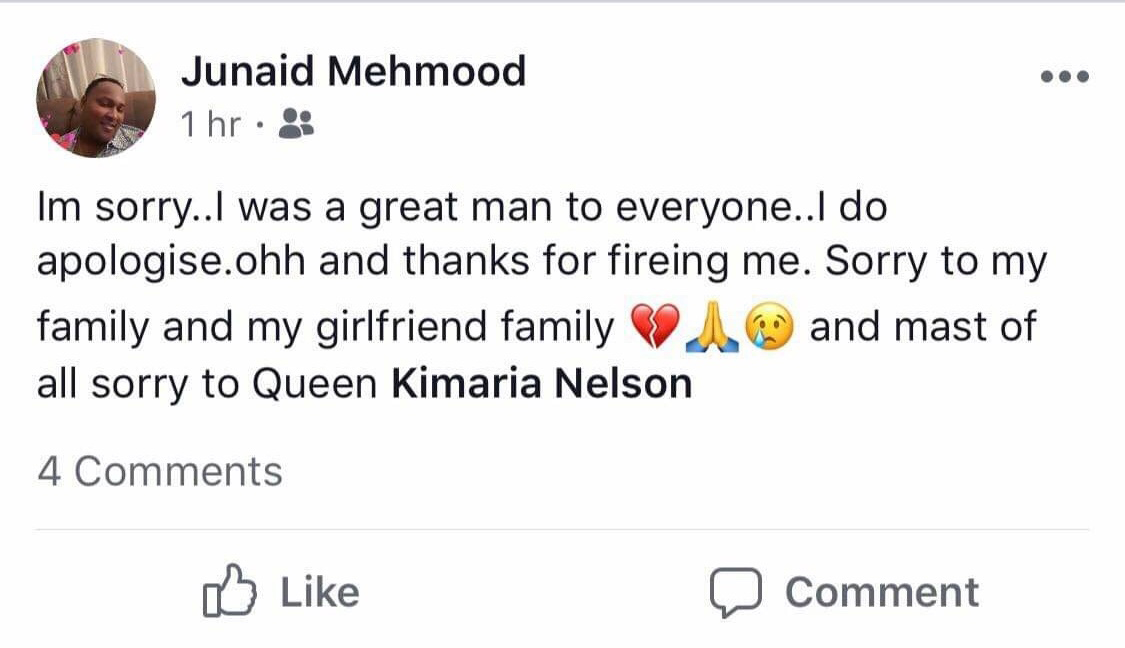 Goodwill Industries told Eyewitness News that Mehmood quit his job on New Year's Eve, with no explanation given.

Thursday night, Mehmood was audibly distraught in the back of a patrol car as he awaited transfer into Texas City police custody.

We're learning new details about the murders of three children and the shooting of their mother in Texas City.

Investigators said he was "incoherent," emotional and yelling at times, and that he confessed to dispatchers, "I killed my family."

News of the children's death and Mehmood's capture sent shockwaves through Nelson's family.

"I'm shocked," said Taurus Nelson, the children's grandfather. "She (my daughter) actually wanted me to meet him and she was crazy about him, this that or the other."

All three children suffered multiple stab wounds as well as blunt force trauma, according to police.

Mehmood, however, has a long criminal record, including several cases of domestic abuse. In 2014, he pled guilty to assaulting his girlfriend at the time and spent several weeks in jail.

Our cameras were there when Junaid Mehmood was transferred by Houston police into the custody of the Texas City Police Department.

"I said that could have been my sister, as many times as he threatened and said it, he really had it in his heart to do that," said Dasia Scranton, whose sister was abused by Mehmood.

Scranton says her sister went back to Mehmood even after he spent time in jail for abusing her. Eventually, the family had to rescue her.