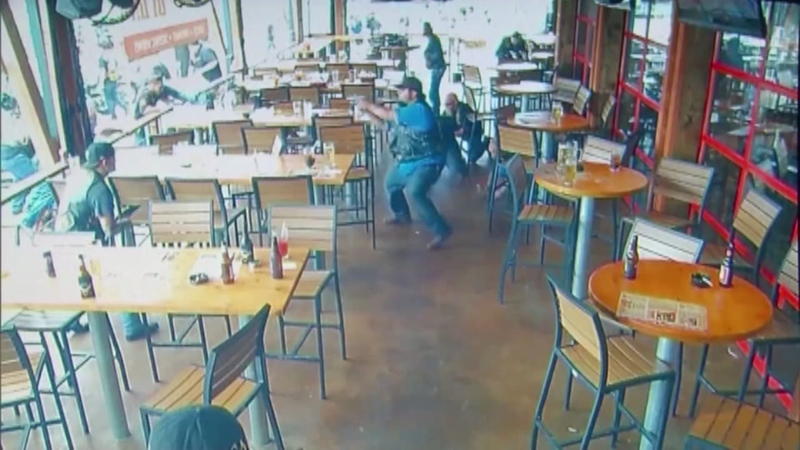 WACO, Texas -- Three members of the Bandidos motorcycle club were indicted on murder charges Wednesday stemming from a chaotic 2015 shooting that involved police and members of another biker club outside a restaurant in Waco, Texas.

The indictments mark the first murder charges in the case, and more than 20 other bikers were re-indicted on new charges ranging from rioting to tampering with evidence. The lesser charges come just eight days before the statute of limitations runs out on those crimes - and a day after dozens of cases were dropped.

Police arrested nearly 200 bikers following the shooting at a Twin Peaks restaurant that left nine people dead and 20 injured. Investigators say the incident was sparked by rivalries between the Bandidos and Cossacks motorcycle clubs. Waco police officers monitoring the gathering also fired on the bikers.

The murder charges were filed against Jeff Battey, a local sergeant-at-arms with the Bandidos, and two other club members: Ray Allen and Glenn Walker.

The indictment charging Battey alleges he fatally shot Matthew Smith, a Cossacks member who died at the scene from gunshot wounds. Waco police records previously reviewed by the AP show that Battey, a former Marine, and Allen were seen by officers "triangulated" over Smith, and a pistol was found in front of each man. An autopsy determined Smith was shot in the abdomen and back.

Battey's attorney, Seth Sutton, said prosecutors failed to provide a "full and complete picture of the evidence" to the grand jury.

"We believe that justice will prevail for Mr. Battey and that he will be acquitted of all wrongdoing," Sutton said.

Attorneys for Allen and Walker didn't respond to messages from the AP seeking comment.

Surveillance footage showed numerous bikers running from the scene and ducking for cover after gunshots rang out. A smaller number could be seen pointing and firing weapons, slinging a chain or participating in fistfights.

Law enforcement officers recovered dozens of firearms, knives and other weapons from the restaurant and adjacent parking lot. Dash-cam video showed that officers indiscriminately organized many of the weapons into piles on the pavement and in the back of a police vehicle.

All of the bikers arrested following the shooting were charged with engaging in organized criminal activity, a felony, with the underlying offenses of homicide and aggravated assault. They were held on $1 million bonds in county jail, and Battey was among the first to bail out.

But prosecutors have dropped 154 of the initial 192 cases in the last four months, saying they wanted to focus on those who were "more culpable."

Only one biker - Jake Carrizal, a locomotive driver and the president of the Dallas chapter of the Bandidos - has been tried. His trial ended in a hung jury and a mistrial last fall, though he was among the bikers re-indicted on Wednesday. Carrizal is now facing a new charge of rioting.