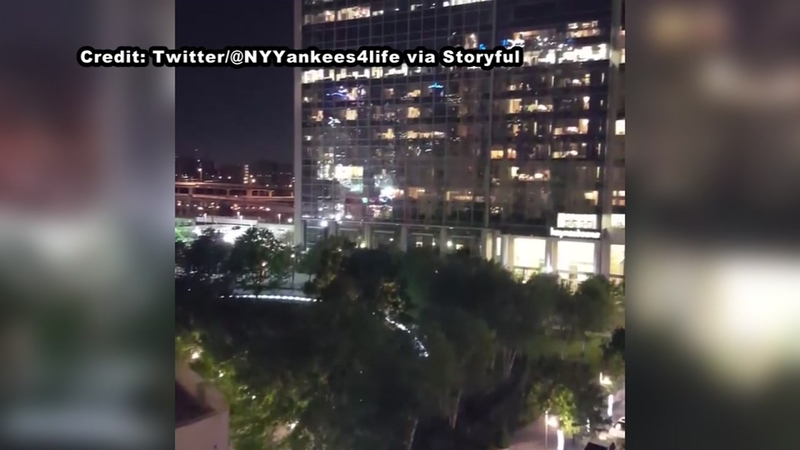 DALLAS -- Hackers struck the sirens Dallas uses to alert residents to take shelter from inclement weather, triggering intermittent false alarms for about an hour and a half until officials deactivated the system early Saturday morning.

The person or people responsible were able to hack into a part of the system that was communicating with all 156 of the city's sirens, Rocky Vaz, who heads the city's Office of Emergency Management, said at a news conference.

Technicians were trying to determine how to bring the system back online without the risk of it being hacked again, he said. In the meantime, the public has access to other alert systems. Vaz said he hoped to have the siren system back up by Sunday.

The sirens began sounding at 11:42 p.m. Friday. Officials deactivated the entire system by 1:17 a.m. Saturday. Vaz said the sirens went through about 15 cycles of a 90-second siren activation.

"We shut it down as quickly as we could, taking into consideration all of the precautions and protocols we had to take to make sure that we were not compromising our 156-siren system," he said.

City spokeswoman Sana Syed said officials believe the hack came from the Dallas area. Vaz said city officials have asked the Federal Communications Commission for help in determining who was behind the hack. He said police were not involved yet.

"We can't talk a whole lot about the hack itself, because obviously we don't want this to happen again," Syed said.

Syed said that there was a surge in calls to 911 during the time the sirens were sounding. She said that they had about 4,400 calls from about 11:30 p.m. Friday to about 3 a.m. Saturday. She said that usually from 11 p.m. to 7 a.m. they get about half that number of calls. The largest surge came from 12 a.m. to 12:15 a.m., when about 800 calls were received. The longest wait time was six minutes.
Related topics:
dallashackingemergency drillfire siren
Copyright © 2021 by The Associated Press. All Rights Reserved.
TOP STORIES
How residents in this Harris County neighborhood became numb to crime
Big warm up ahead but another cool front in the forecast
Boston-bound jet crashes on takeoff west of Houston with 21 on board
Houston executive 1 of 21 on board jet when it crashed in field
Loved ones remember mom of 3 killed during home invasion
Alvin Community College offers way to tap into oil and gas
Friendswood gas fire put out after more than 5 hours since eruption
Show More
Aviation weighs in on what might have gone wrong in plane crash
Jan. 6 panel votes to hold Steve Bannon in contempt
Astros vs. Red Sox: Houston ties the series after 9-2 win over Boston
Unsolved: A Life Never Lived
Alvin Community College gives inmates way to earn a second chance
More TOP STORIES News