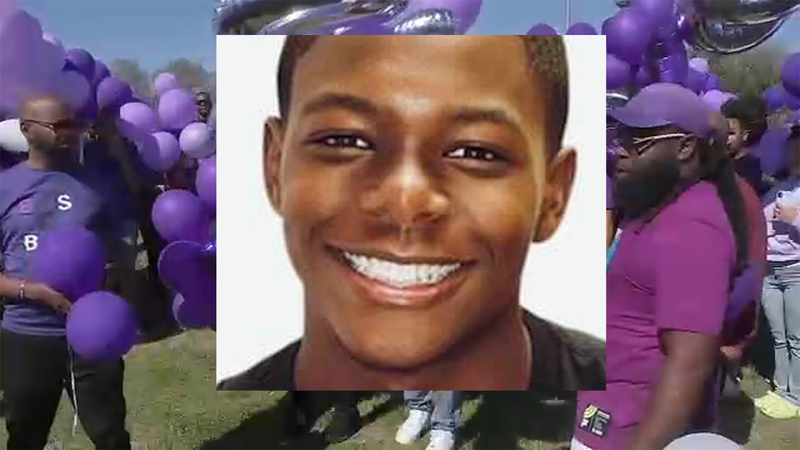 MISSOURI CITY, Texas (KTRK) -- The family of an 18-year-old Hightower High School student, who was killed by a suspected drunk driver in a crash earlier this month, is saying its final goodbyes Wednesday at the young man's funeral.

On March 12, Carl Spivey III was headed to a friend's house when police said another driver, identified as 38-year-old Ashley Maslak, failed to stop while turning into a neighborhood in Missouri City. Both cars collided.

Maslak has been charged with murder, according to documents. ABC13 also learned she had a child inside her car at the time of the crash.

Carl's family spoke with ABC13 over the weekend at a balloon release. The family said they are all heartbroken over the loss.

"It broke my heart that someone could be this careless and do an act like this," said Carl Spivey Jr., the victim's father.

Carl had just taken graduation pictures and now sadly, the young man will be laid to rest.

Wednesday's service will begin at 11 a.m. at the Word of Restoration International Church in Rosharon.

Maslak is out on bond and is due back in court on April 25.