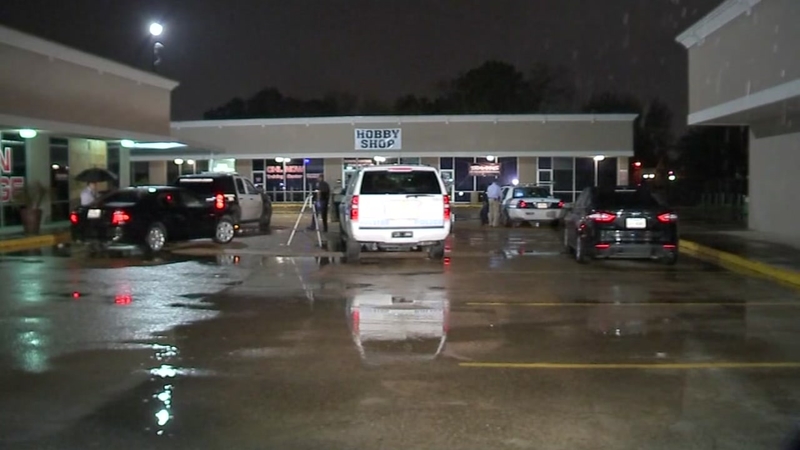 HOUSTON (KTRK) -- Employees at a west Houston gun range fought back after an attempted car break in outside a gun store overnight.

Police say that two employees stayed in the Full Armour Gun Range because of recent burglaries.

Employees at a west Houston gun range fought back after an attempted break in overnight.

They heard noises around 12:30am, grabbed some guns and went outside.

During those 90 seconds, employees of Full Armor stopped four men as they were breaking into an employees car.

Police say the employees detained two suspects, but two others drove off and fired shots at an employee.

That's when one of the employees fired back with an AR-15.

Police say that a man with a gunshot wound showed up at West Houston Medical Center 30 minutes after the attempted burglary.

One of the suspects who was arrested at the scene is a felon and was armed with a pistol.

Keep checking back on this page to get real-time updates as this story unfolds. To get alerts for breaking news, download the ABC13 news app for iPhone or Android. You can also get breaking news alerts sent to you by email.
Related topics:
houstoncrimeburglaryshootingguns
Copyright © 2021 KTRK-TV. All Rights Reserved.
More Videos
From CNN Newsource affiliates
TOP STORIES