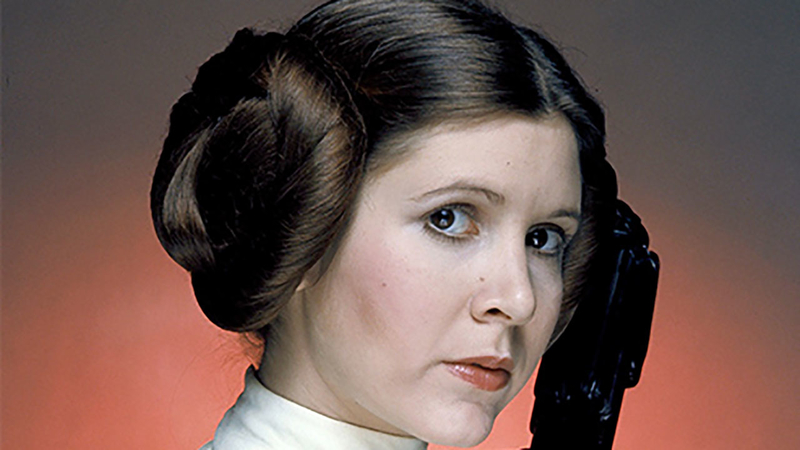 Carrie Fisher has died at the age of 60

LOS ANGELES, CA -- Actress Carrie Fisher, who found enduring fame as Princess Leia in the original "Star Wars," has died. She was 60.

Fisher's daughter, Billie Lourd, released a statement through her spokesman saying Fisher died Tuesday just before 9 a.m PST. Lourd said her mother was "loved by the word and she will be missed profoundly."

Fisher had been hospitalized since Friday when she suffered a medical emergency on board a flight to Los Angeles.

She made her feature film debut opposite Warren Beatty in the 1975 hit "Shampoo" and was also an accomplished author who detailed her experiences with addiction and mental illness in several best-selling books. Besides her daughter, Fisher is survived by her brother, Todd Fisher, and her mother, actress Debbie Reynolds.

Fisher is considered by many to be a member of Hollywood royalty - her parents are Reynolds and the late singer Eddie Fisher.

Catapulted to stardom as Princess Leia in 1977's "Star Wars," Carrie Fisher reprised the role as the leader of a galactic rebellion in three sequels, including last year's "Star Wars: The Force Awakens."

The author and actress may be best known for her portrayal of Leia, but she is also an accomplished writer known for no-holds-barred accounts of her struggles with addiction and mental illness.

Bob Iger, chairmen and CEO of the Walt Disney Company, released a statement about Fisher's death:

"Carrie Fisher was one-of-a-kind, a true character who shared her talent and her truth with us all with her trademark wit and irreverence. Millions fell in love with her as the indomitable Princess Leia; she will always have a special place in the hearts of Star Wars fans as well as all of us who were lucky enough to know her personally. She will be sorely missed, and we join millions of fans and friends around the world who mourn her loss today."

Most recently, Fisher has been promoting her latest book, "The Princess Diarist," in which she reveals that she and co-star Harrison Ford had an affair on the set of "Star Wars."
Related topics:
arts & entertainmentcaliforniacelebrity deathsfamous deathsfamous death
Copyright © 2021 by The Associated Press. All Rights Reserved.
More Videos
From CNN Newsource affiliates
TOP STORIES