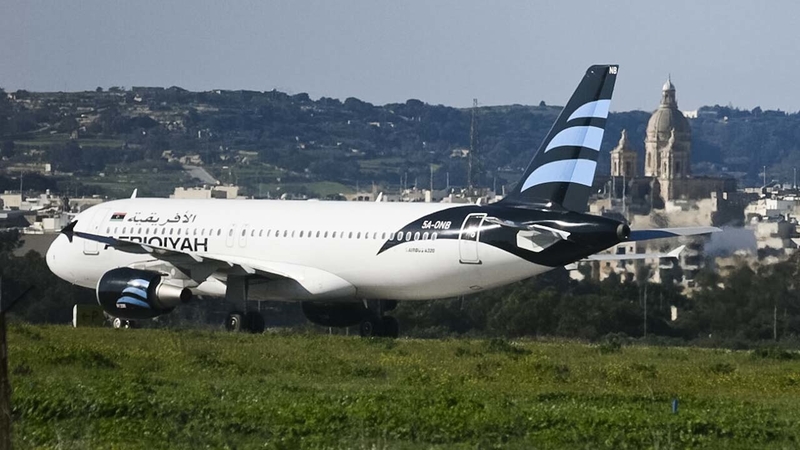 Over the last few hours, the hijackers have been releasing passengers from a Libyan aircraft diverted in Malta, but with conditions.

The hijackers on board the Afriqiyah Airways A320 flight told negotiators they would release the 118 passengers on board, with the exception of the pilot.

Serraj al-Fitouri also told Dubai-based Al-Arabiya TV that one Libyan lawmaker was among the list of passengers. It was unclear whether the lawmaker, identified as Abdel-Salam al-Marabet, had been on the flight that was hijacked earlier Friday.

This includes a group 65 passengers, and then 44, bringing the total to 109 passengers let go.

He says in a tweet that there are potentially only the two hijackers and some crew members still on board the plane.

Afriqiyah Airways, the operator of the hijacked plane, had earlier said there were 118 people on board, including 111 passengers.

The doors of the plane opened at 1:44pm local time and a staircase moved to the door before passengers began disembarking.

Earlier this morning, Madga Magri Naudi, the Deputy Mayor for Lija, Malta, told the BBC the two hijackers threatened to blow up the plane.

Earlier Friday, Malta's prime minister, Joseph Muscat, said in a tweet that there was a "potential hijack situation" involving an internal Libyan flight that was diverted to Malta and that emergency operations are underway at the airport.

9/11 'Tribute in Light' back on with support from Gov. Cuomo
More Videos
From CNN Newsource affiliates
TOP STORIES