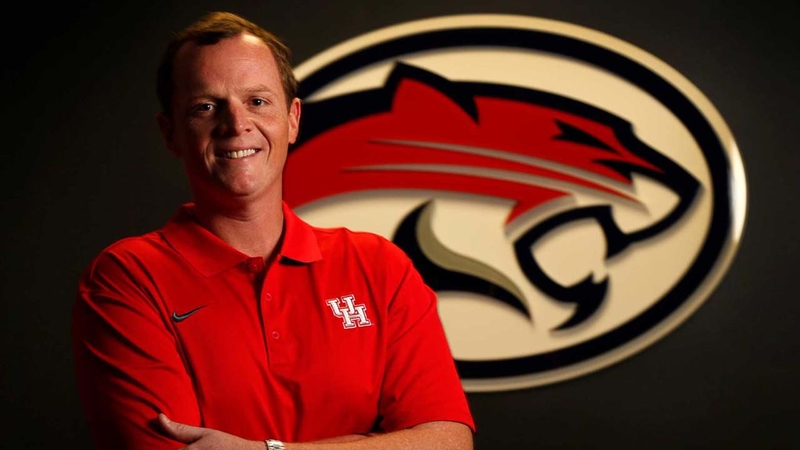 HOUSTON (KTRK) -- Major Applewhite has been hired to replace Tom Herman as coach at Houston.

Are you ready? GET READY. pic.twitter.com/UmoPGuQeTx

It's the first head coaching job for the 38-year-old Applewhite, who served as Herman's offensive coordinator the last two seasons. Herman recently left Houston to become the coach at Texas after two years with the Cougars.

Applewhite steps into a program that has had lot of success in the last 10 years and has become a launching pad for coaches. Art Briles went 34-28 with a Conference USA title at Houston from 2003-07 before moving on to Baylor. Kevin Sumlin went 35-17 from 2008-11 before leaving for Texas A&M. Herman went 22-4 with an American Athletic Conference championship in 2015.

The Cougars meet San Diego State in the Las Vegas Bowl on Dec. 17.

The University of Houston says Applewhite was served two seasons as offensive coordinator and quarterbacks coach.

He has 13 years of coaching experience, including seven as an offensive coordinator. He has coached in 10 bowl games, four of which have been the New Year's Six variety including the 2010 BCS National Championship.

The University of Houston says Applewhite led a 2016 Houston offense that was among the nation's leaders, ranking 15th in passing offense (301.9 yards per game) and 21st in scoring offense (38.0 points per game) as Houston scored at least 30 in 11 of 12 games.

Students at the University of Houston shared largely positive responses to the news.

Joshua Rene, a junior, said, "I was kinda scared at first. I didn't want to get someone in here that didn't know (the students)...having Coach Applewhite in here, we're going to pick up where we left off."

Daniel Rivera, a UH senior, said, "I think that's a good idea...keep on excelling our football program at UH."