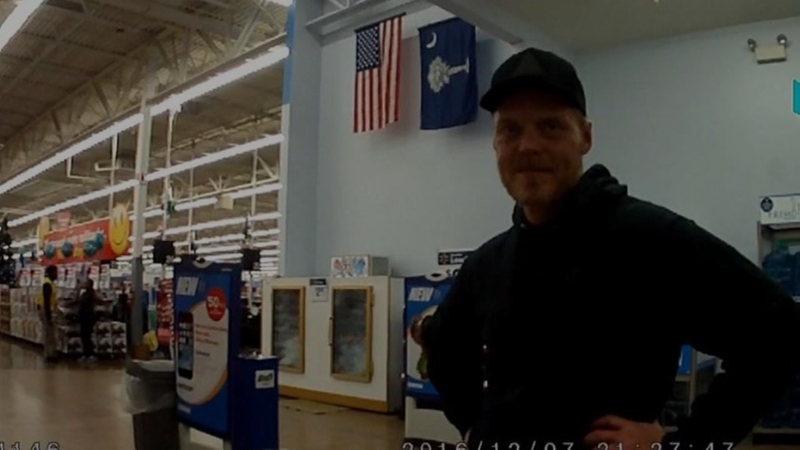 COLUMBIA, SC -- South Carolina authorities were searching Thursday for an inmate who escaped a maximum-security prison and was suspected in the stabbing of a police officer miles away.

Michael Allen Williamson, 47, escaped around 8:50 p.m. Wednesday from McCormick Correctional Institution, according to Dexter Lee of the South Carolina Department of Corrections.

Authorities haven't released details about how they believe Williamson was able to get away from the maximum-security prison in western South Carolina.

Later Wednesday night, a female police officer who was responding to a shoplifting call was stabbed inside a Walmart store in Columbia, about 80 miles east of the prison, police said. Jennifer Timmons of the Columbia Police Department said the officer was stabbed multiple times in the upper body but was recovering from her injuries.

Both Corrections officials and police said they believe Williamson stabbed the officer but were still investigating.

Williamson began serving a life sentence for armed robbery and assault and battery with intent to kill in 1997.

Authorities asked anyone with information that might be helpful to their case to contact them. They described Williamson as a white male, 5 feet, 11 inches tall and weighing 111 pounds, with red hair and a tattoo of wings and a heart on his left arm.
Related topics:
south carolinau.s. & worldstabbing
Copyright © 2021 by The Associated Press. All Rights Reserved.
More Videos
From CNN Newsource affiliates
TOP STORIES