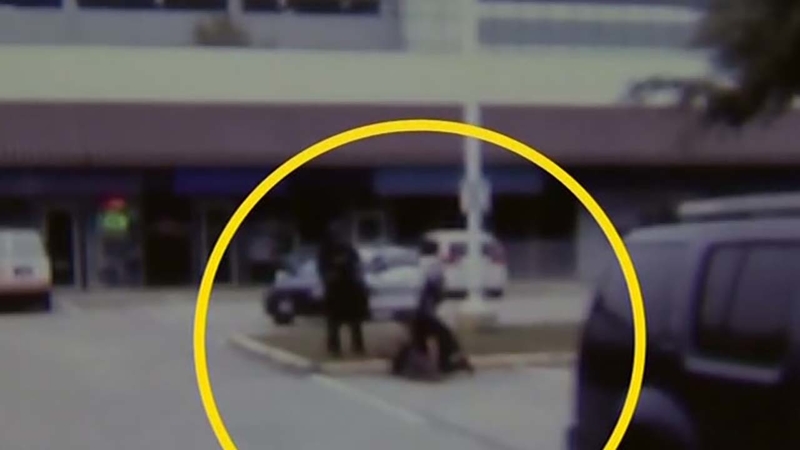 HOUSTON (KTRK) -- A Houston police officer has fatally shot a suspect in a sting operation in north Houston.

The shooting happened on the Beltway at Imperial Valley at about 11am. Police say HPD's north-side tactical squad, along with SWAT officers and FBI, were conducting a surveillance operation on armored cars when the shooting occurred. HPD Police Chief Art Acevedo said the investigation was after a series of violent robberies targeting these types of vehicles in the Houston area.

The suspect was treated at the scene, and then taken to Ben Taub Hospital where he was pronounced dead.

Acevedo said, "It's really important for the community to know that our officers attempted to save the life of the suspect who just tried to kill a member of the Houston Police Department and probably, later on, we'll be able to determine he's...a person not afraid to take lives."

Acevedo noted that HPD locked down Marcella Intermediate School as a precaution, if parents were wondering what was going on.