President Obama's statement on the Oakland fire:
Today our prayers go out to the people of Oakland, California in the aftermath of this weekend's deadly warehouse fire - one of the worst fires in the state's history. While we still don't know the full toll of this disaster, we do know that an American community has been devastated, and many people - including young men and women with their whole futures ahead of them - have tragically lost their lives. I want to thank the dedicated first responders who have been working tirelessly for days to contain the situation, recover victims, and treat the wounded. My Administration is in close contact with our state and local partners on the ground to make sure that authorities have everything they need as they continue response operations and investigate the cause of the fire. Oakland is one of the most diverse and creative cities in our country, and as families and residents pull together in the wake of this awful tragedy, they will have the unwavering support of the American people.
Related topics:
californiabuilding firepartyu.s. & worldmissing person
Copyright © 2020 by The Associated Press. All Rights Reserved.
BUILDING FIRE

Officer breaks into burning home to save unconscious man 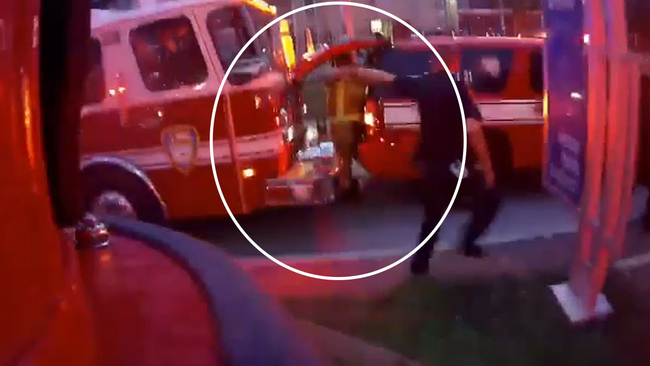