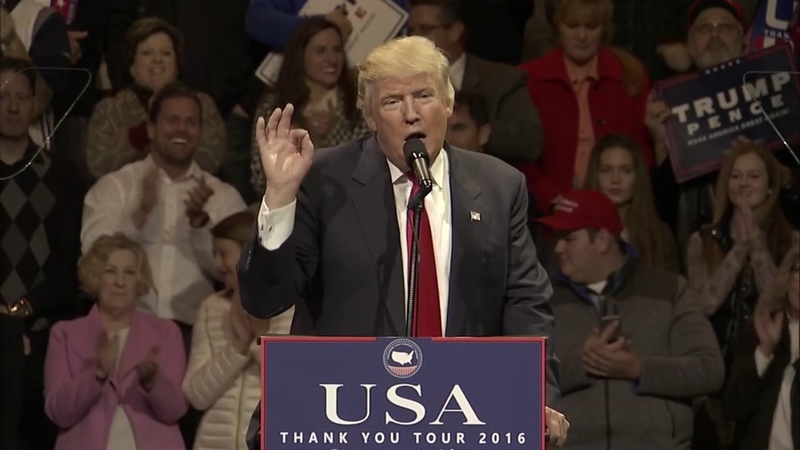 President-elect Donald Trump kicked off his "thank you" tour in Cincinnati, Ohio Thursday night, and said he will nominate retired Gen. James Mattis as defense secretary.

Mattis retired in 2013 after serving as the commander of the U.S. Central Command.

In a tweet Sunday, Trump referred to Mattis by his nickname "Mad Dog" and described him as "A true General's General!"

Trump told the crowd he "had a lot of fun fighting" Hillary Clinton and smiled as the crowd chanted "lock her up" as rallygoers had during the campaign.

Trump once said he would appoint a special prosecutor to investigate Clinton's use of a private email server, and even said during the second debate "you'd be in jail" under his administration.

But he backed off of those threats after winning the election, saying "I don't want to hurt the Clintons. I really don't. She went through a lot. And suffered greatly in many different ways," in an interview with the New York Times.

Trump touted his win in Ohio as evidence of overcoming naysayers.

"History called and the great people of this state answered," Trump said.