4 dead in Tennessee wildfires that destroyed hundreds of homes

AP
NEW ORLEANS, LA -- At least four people were killed by massive wildfires in Tenneesee, the Gatlinburg mayor said Tuesday. Gatlinburg lost hundreds of homes and businesses in the fire.

As a strong storm system approached some of the largest wildfires burning in the South, the rain signaled new hope for firefighters working to extinguish the blazes.

If you're viewing on our ABC13 news app, tap on the photo above to see more images.
But the storms also brought high winds, which toppled dead trees and could pose a threat to firefighters, authorities said. Experts predicted that rains Tuesday from one storm system would not be enough to end the relentless drought that's spread across several states and provided fuel for the fires.

In Gatlinburg, Tennessee, emergency officials said a wildfire had set 30 structures ablaze, including a 16-story hotel, and was at the edge of the Dollywood theme park.
WATCH: Dollywood Employee Finds Burned Bible Page With Prophetic Verse 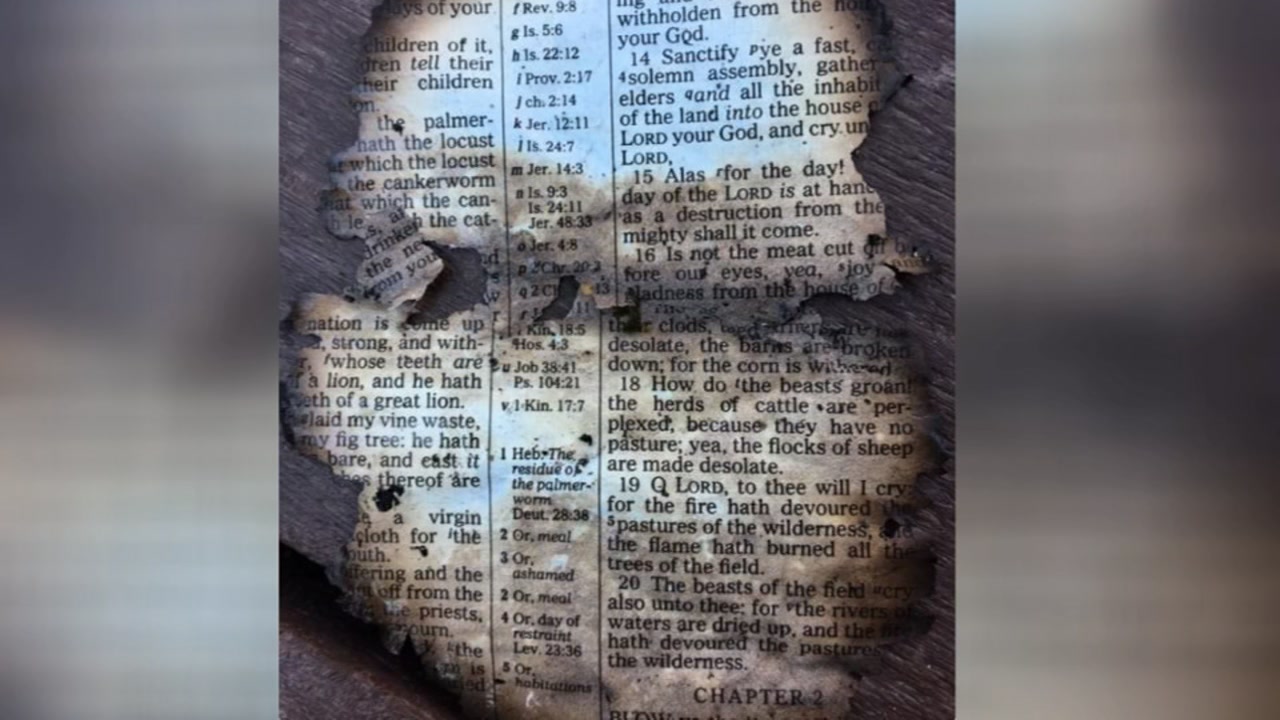 Burned Bible page survives Tennessee wildfires
An employee of Dollywood said he had "goosebumps" after finding a burned Bible page in the aftermath of wildfires that have devastated the state.
Mandatory evacuations were underway for areas in and around Gatlinburg, including the south part of Pigeon Forge, where Dolly Parton's theme park is, Tennessee Emergency Management Agency spokesman Dean Flener said in a news release Monday night. TV news broadcasts showed residents streaming out of town just as rain started to wet roads.

Workers at an aquarium evacuated because of wildfires around Gatlinburg were concerned about the thousands of animals housed there. Ryan DeSears, general manager of Ripley's Aquarium of the Smokies, told WBIR-TV the building was still standing and all workers had been evacuated late Monday. However, he said workers were anxious to return to check on the well-being of the 10,518 animals.

The rain forecast "puts the bull's-eye of the greatest amounts right at the bull's-eye of where we've been having our greatest activity," said Dave Martin, deputy director of operations for fire and aviation management with the southern region of the U.S. Forest Service.

The projected rainfall amounts "really lines up with where we need it," Martin said Monday. "We're all knocking on wood."

After weeks of punishing drought, any rain that falls should be soaked up quickly, forecasters said. It will provide some relief but won't end the drought - or the fire threat, they said.

"I think we racked up deficits that are going to be too much to overcome with just one storm system," said Mark Svoboda, director of the National Drought Mitigation Center in Lincoln, Nebraska.

The rain also brings danger because strong winds at the leading edge of the storms can topple trees and limbs that can kill and injure firefighters, he said.

In Mississippi, trees were reported downed in nearly 20 counties across the state. Sustained winds of 30 to 40 mph with gusts of more than 50 mph were reported and more than 2 inches of rain fell in some areas.

The storms moved across Alabama on Monday night and fell on Georgia during the overnight hours. High wind warnings were issued for mountainous areas in northern parts of Georgia.

In South Carolina, the stormy forecast was giving hope to firefighters battling a blaze in the northwest corner of the state. The South Carolina Forestry Commission hopes to contain the Pinnacle Mountain fire by the middle of next week.