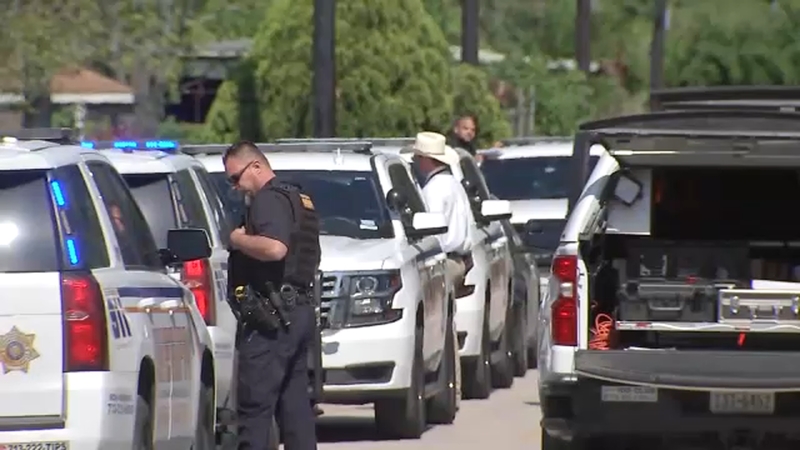 HOUSTON, Texas (KTRK) -- A 17-year-old boy has been charged with manslaughter after a 16-year-old was accidentally shot and killed inside an abandoned home Wednesday.

Investigators believe 16-year-old Chase Swain was accidentally shot while he and three others were handling a handgun.

According to the Harris County Sheriff's Office, deputies responded at about 1:18 p.m. to the 12800 block of Flagstaff Lane, which is located near Beaumont Highway and S. Lake Houston Parkway.

Swain was transported to the hospital with critical injuries before he was pronounced dead.

In an update Friday afternoon, Sheriff Ed Gonzalez said in a tweet that 17-year-old Sinardo Cooke had been charged with manslaughter in connection to the boy's death.

Update to shooting on Flagstaff Ln: a charge of Manslaughter has been accepted against 17-yr-old Sinardo Cooke. Cooke shot Chase Swain (16) while handling a pistol. Cooke had obtained the pistol the night before in a car burglary. Cooke was arrested and booked in jail. #HouNews https://t.co/gwRL7Ureyi

According to Gonzalez, Cooke obtained the pistol the night before in a car burglary. He was arrested and booked in jail.

Major Susan Cotter of the sheriff's office said there were four juveniles total in the home, all 16 or 17 years old.

The sheriff's office added that Swain was hit in the chest and Cooke admitted to handling the gun when it went off.

The three remaining teens were released to their families.

Neighbors told Eyewitness News the home where the shooting took place had been through a fire and, after it was partially rebuilt, flooding from Hurricane Harvey.

Deputies believe the teens were skipping school when they gathered at the home.