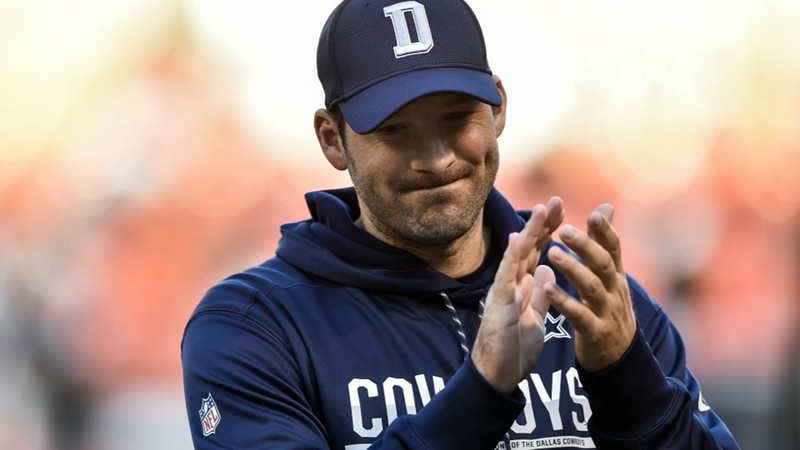 When Dallas Cowboys quarterback Tony Romo will next be in uniform and available on game day has moved from a medical decision to a coaching decision, sources told ESPN on Wednesday.

Romo has been recovering since suffering a compression fracture in his back during a preseason game in Seattle. Depending upon how he responds to more extensive work in practices this week, Romo could be in uniform for the first time this season when the Cowboys visit the Pitsburgh Steelers on Sunday, barring any physical setback.

A final determination seems unlikely until late in the week.

"That will be a coaching decision,'' a source told ESPN.

Romo has remained on the active roster and has been with the team on the sideline each week this season, but he has not dressed for a game while rookie Dak Prescott has led the Cowboys to an NFC-best 7-1 record. The Cowboys have not publicly committed to having Prescott continue as the starter when Romo is available, but there have been strong indications that is the plan.

Romo has thrown just 121 regular-season passes since the end of the 2014 season and hasn't played a regular-season game since Thanksgiving Day last year.

Because of Prescott's performance and the team's record, Jones has said the Cowboys would not be forced to have Romo return prematurely and risk re-injury -- as has happened in that past -- and that they're in position to ensure he is fully recovered from an injury unrelated to his many other back problems.
Related topics:
sportsdallasu.s. & worlddallas cowboysespnnfldak prescottjerry jonesbacktony romojason garrettfracturepittsburgh steelers
Copyright © 2022 ESPN Internet Ventures. All rights reserved.
TOP STORIES
SWAT responding to domestic violence suspect barricaded in Spring
How do Harris County judges set bond? Legal expert explains
Man in wheelchair hit by HPD cruiser while crossing street
Winter returns after tonight's cold front passes
Mom infected with COVID while pregnant with 6th child and later dies
Baytown detective followed onto Highway 146 and shot at by 3 men
Severe weather threat sparks anxiety for homeowners hit by tornado
Show More
City council member proposes 'sanctuary city for unborn' ordinance
27-year-old accused of killing 19-year-old in Whataburger parking lot
By the numbers: Stats that tell story of Biden's first year
Supply chain issues are affecting Texans' voter registration
'Tsunami of evictions coming' in Harris Co. as federal funds' run out
More TOP STORIES News