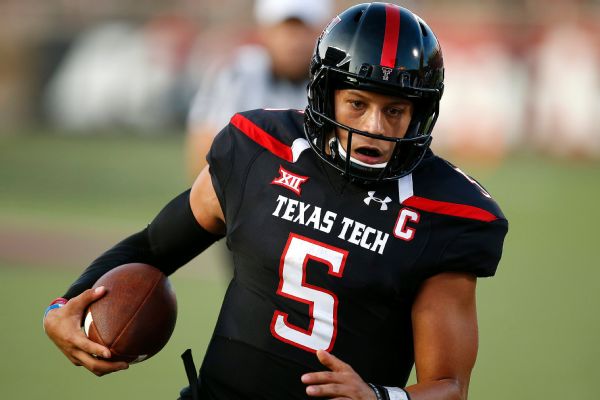 Hager said this multiple times Monday -- eventually issuing an apology hours later -- while discussing how to stop Mahomes, the nation's No. 1 passer and a quarterback who has a bit of a history against the Longhorns.

"I say injure that quarterback," Hager said. "That's the mentality right now. We've got to take him out. We know he's banged up, and we've just got to get after him."

Hager issued an apology through the university on Monday afternoon, saying it is not his intent to injure another player.

"I want to apologize for what I said earlier today at our press conference," he said. "I play hard and it's our team's goal to get pressure on the quarterback, hit him and disrupt the offense. When I go out there I want to play my most aggressive game, but I'm not trying to do anything to physically injure someone. I have too much respect for Patrick Mahomes and every quarterback I play against to ever do that. That's not what I'm about, not the way I was raised and not the way we play football at Texas.

"Our coaches don't teach us that or coach us to injure other players in any way. It was a really poor choice of words, and I truly regret it. My point should have been that it's our job as defensive linemen to make our presence known and affect the quarterback. Life is bigger than a game, and I'm still learning how to be a better player on and off the field. I hope everyone will accept my apology for what I said."

Mahomes has been dealing with an injury to his throwing shoulder for the past month -- one he appeared to aggravate at the end of the Red Raiders' 27-24 double-overtime victory at TCU on Saturday.

The last time Texas visited Lubbock, late in the 2014 season, Texas defensive back Quandre Diggs delivered a hard hit on Mahomes that knocked the quarterback out of the game with a concussion. Days after the hit, Diggs said he didn't feel bad about knocking out Mahomes because, "He signed up to play football. Sometimes that happens."

During the Texas Tech-Texas game last season, Diggs -- now with the Detroit Lions -- called Mahomes a "chump" on Twitter for flexing after a touchdown. After the Red Raiders' 48-45 victory in Austin, Mahomes responded by tweeting: "This same chump just got that win tonight!"

Mahomes did not respond to Hager's comments on Monday, but his father, Pat Mahomes, a former major league pitcher, tweeted: "Are you kidding me." In an unrelated matter, Pat Mahomes was arrested on a charge of public intoxication during the Red Raiders' game at TCU over the weekend.

Hager's apology was accompanied by a statement from Texas coach Charlie Strong.

"I want to make one thing clear -- we never walk into a game wanting to injure someone. We would never coach that way and that's not how our team plays," Strong said. "We respect the game too much, we respect other players, we respect how hard they've worked to get in the position they're in, so that's not our character. Breckyn knows we want to get pressure on the quarterback, we want to get around him, we want him to feel our presence. That's what he's talking about, but you never walk into a game saying we're coming in to injure you. Breckyn knows that.

"Patrick Mahomes is the nation's leading passer and we have a ton of respect for him."

Police say the father of Texas Tech quarterback Patrick Mahomes was arrested on a charge of public intoxication during the Red Raiders' game at TCU over the weekend. 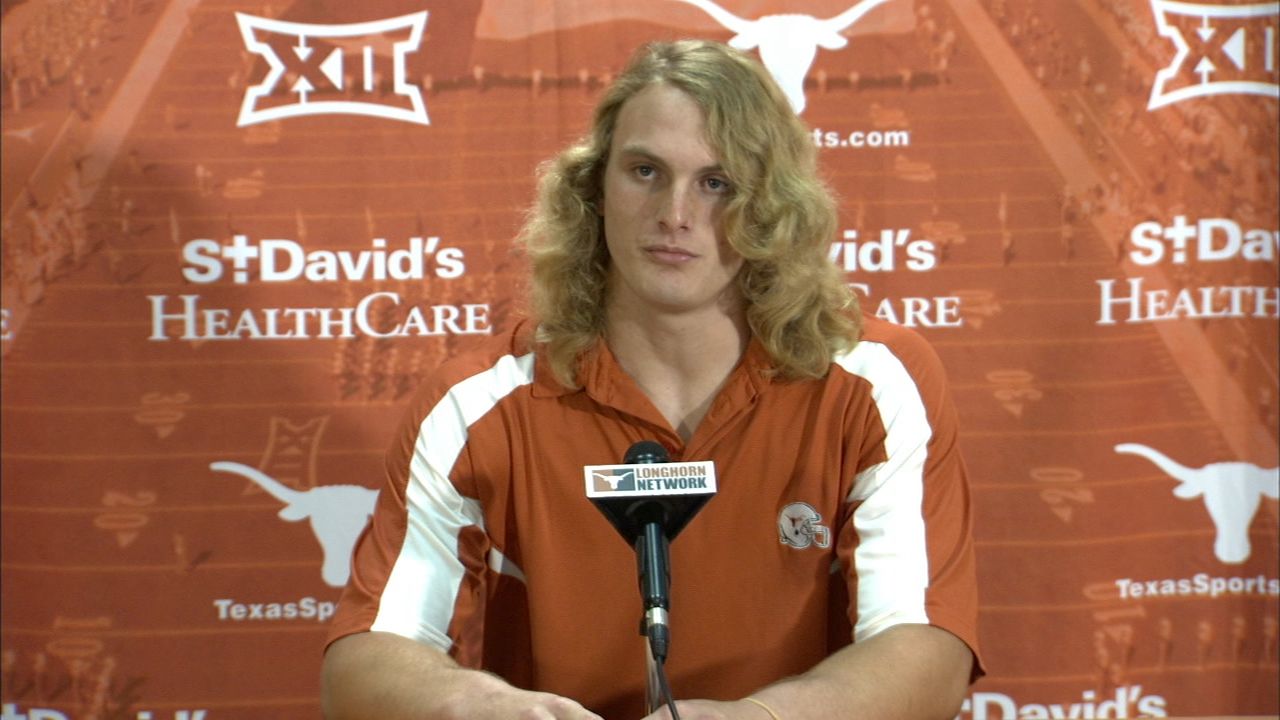