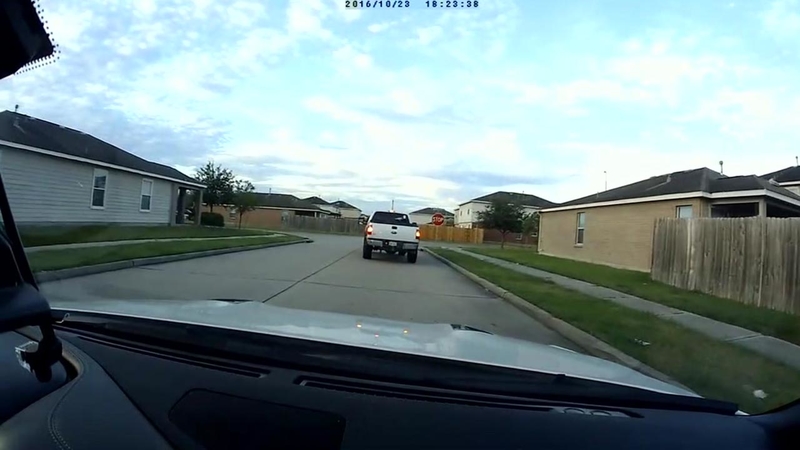 Although a motorcycle accident left Montgomery in a wheelchair, he still loves a fast car. His Nissan GT-R is his baby. He had it towed to a Nissan dealership Sunday to get the transmission checked, but it didn't get there until Monday afternoon.

"This is somebody who's getting paid to do a job. And they didn't do their job," he says. "It's one thing if they need to take the car off and park it somewhere overnight because it needs to be somewhere secured."

But that's not what happened.

Brian checked his dash camera Tuesday after he noticed a few things missing when he picked the car up.

"He unloaded the car at his house, his actual residence, took it around the block spinning the tires. Then calling his buddies up 'you gotta come see this, come drive it.' nd he let all his buddies go drive the car around and it was all caught on film," Montgomery said.

At one point in the video, the driver asks his passenger to take a picture of him driving the car.

Brian doesn't believe anyone noticed the camera there for hours.

He called Pearland and Houston police and then posted the video online.

ABC13 called the man from Royal Towing who called Brian. He told us the man in the video was a contract driver who doesn't work for the company, and that it's not Royal Towing's responsibility.

We asked whose responsibility it was, and he refused to answer. So we went to the address listed for Royal Towing.

The man inside claims it's the wrong address, but that Royal brings their trucks to this location to get fixed.

"It's like Ferris Bueller's Day Off for him where the guys go on a joy ride in the Ferrari. It was a bad call," Montgomery says.