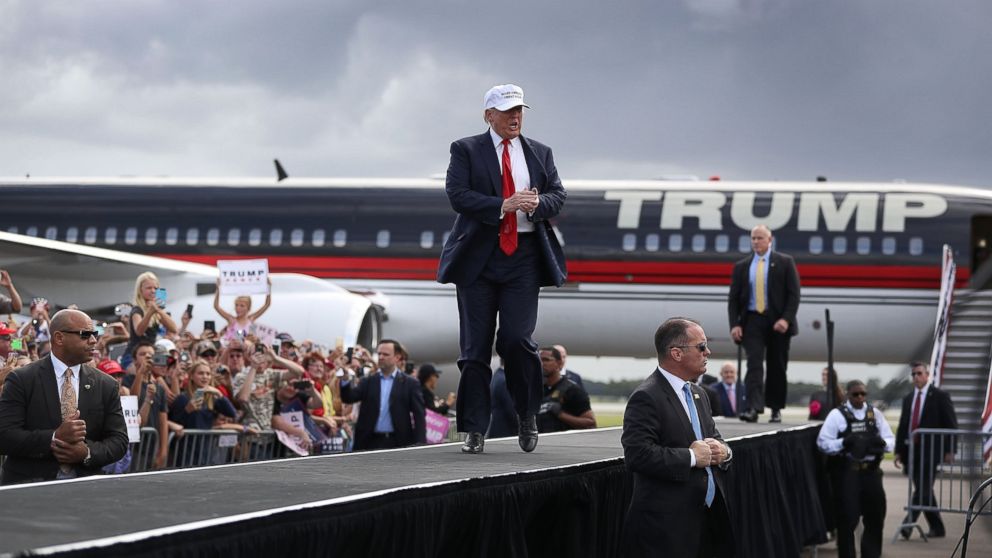 Donald Trump's talk of election rigging and some of his supporters' hints at possible violence or a "revolution" should Hillary Clinton win are examples of "dangerous" rhetoric, experts say, and could spell trouble for Election Day and beyond.

On Tuesday a female Trump supporter addressed Indiana Gov. Mike Pence in Iowa, raising the issue of voter fraud. "I will tell you for me, personally, if Hillary Clinton gets in, I myself, I'm ready for a revolution, because we can't have her in," she said.

Pence responded, "Don't say that." She said, "What are we going to do to safeguard our votes? Because we've seen how the Democratic Party is just crooked, crooked, crooked."

The GOP vice presidential nominee went on to explain how elections are run at the state level and called on supporters to volunteer at the polls. But the woman's comments are reflective of the increasingly tense political climate as Nov. 8 approaches.

Roger Stone, a longtime Republican political operative and sometime adviser to Trump, suggested that a Clinton victory could lead to unrest.

"If there's voter fraud, this election will be illegitimate, the election of the winner will be illegitimate, we will have a constitutional crisis, we will have widespread civil disobedience, and the government will no longer be the government," Stone said in a interview with alt-right reporter Milo Yiannopoulos on his podcast, "The Milo Yiannopoulos Show."

Stone added, "If you can't have an honest election, nothing else counts. I think he's got to put them on notice that their inauguration will be a rhetorical - and when I mean civil disobedience, not violence - but it will be a bloodbath. The government will be truly shut down if they attempt to steal this and swear Hillary in. No. We will not stand for it."

Ann Coulter, a political author and pundit, said that if Trump doesn't win, "It's over."

"If Hillary wins, we're going to be overwhelmed with refugees, with immigrants. That's it. It's lights out for America," Coulter said in an interview with The D.C. Examiner.

At the Values Voters conference in September, Kentucky Gov. Matt Bevin asked, "Whose blood will be shed?" if Clinton is elected.

"It may be that of those in this room. It might be that of our children and grandchildren. I have nine children. It breaks my heart to think that it might be their blood that is needed to redeem something, to reclaim something, that we through our apathy and our indifference have given away," he said.

"That's dangerous rhetoric, no matter who is saying it," Hudak told ABC News. "It's anti-American, it's foolish, and frankly it's despicable. Any surrogates who are calling for a bloodbath or revolution, they are so damaging to the political process that they ought to exit it."

Hudak cited Bevin's gubernatorial race, which he "didn't win in a landslide." Bevin won with 53 percent of the vote last November.

"I don't think he would have liked it if his opponent made a call to arms and called for a march on Frankfort," the state capital, Hudak said. "He ought to take a look in his own political mirror."

Trump has repeatedly been calling the election "rigged," which experts say could lead to problems down the line.

"It tends to undermine public faith in our democracy and the legitimacy of democratic elections," said Dan Tokaji, a law professor at the University of Ohio.

"On one level, this is pre-emptive ass covering. Trump seems to be preparing an excuse for what seems likely to be a defeat. On the other hand, it's very damaging when the losing side or some members of the losing side believe not that they really lost but somehow they were cheated," Tokaji said.

Hudak said that while speculation of election fixing has been brought up on both sides of the aisle - citing the Democratic complaints about tampering that came up during this year's primary process - the speculation typically does not tend to come from as high up as it has in the Trump campaign.

"The discussion of things being rigged tends to happen among fringe surrogates and die-hard supporters," Hudak said. "It almost never happens from the candidate. Usually, candidates are mature enough and they have enough respect for American institutions not to use that rhetoric."
Related topics:
abc newsnational
Copyright © 2021 ABC News Internet Ventures.
TOP STORIES
Arrest made in case of Alvin abduction, sexual assault of a minor
20-year-old shot to death during break-in of Conroe home, police say
Man accused of dismembering mom's body after murder appears in court
Houston Astros on pace for record beer year
Astros Game 6 guide: Closures around Minute Maid Park back on tonight
JJ Watt on Texans: 'It hurts me to see where' fan base is now
Don't get stuck in these traffic closures this weekend
Show More
Warrant: Baldwin didn't know weapon contained live round
Prop guns: What they are and how they can kill
4 teens accused of luring victim to his death in SE Houston
SkyEye13 captures video of Bay City funeral home destroyed in fire
Peter Scolari, 'Bosom Buddies' and 'Newhart' star, dies at 66
More TOP STORIES News