KTRK
HOUSTON (KTRK) -- U.S. Immigration and Customs Enforcement is now bringing to Houston some of those thousands of children who crossed the border unaccompanied into Texas.

An unknown number of children will be processed through George Bush International Airport. They will be met by ICE agents from the areas where they are being taken to stay with relatives or a foster family, if they are remaining in the country.

ICE says a staging area has been created at the airport, away from the general public, where the children will wait until the federal agents arrive to escort them to their final destinations. Authorities say unaccompanied children should be kept at that staging area less than 12 hours or other federally supervised accommodations will be made for them.

Immigrant advocacy groups like FIEL of Houston say they're thankful the city of Houston has stepped in to aid some during what they call a "humanitarian crisis." However, the group calls still for more as families continue to make children flee violence in their home countries.

"We know that were ready to receive some of these children, at least to ameliorate what's going on along the border," FIEL executive direct Cesar Espinosa said.
Report a correction or typo
Related topics:
politicshoustonbush intercontinental airport
Copyright © 2020 KTRK-TV. All Rights Reserved.
RELATED 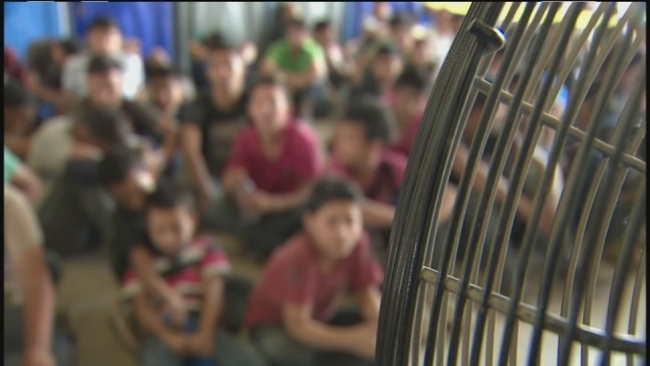