Acclaimed playwright Edward Albee, who taught at UH dies at 88 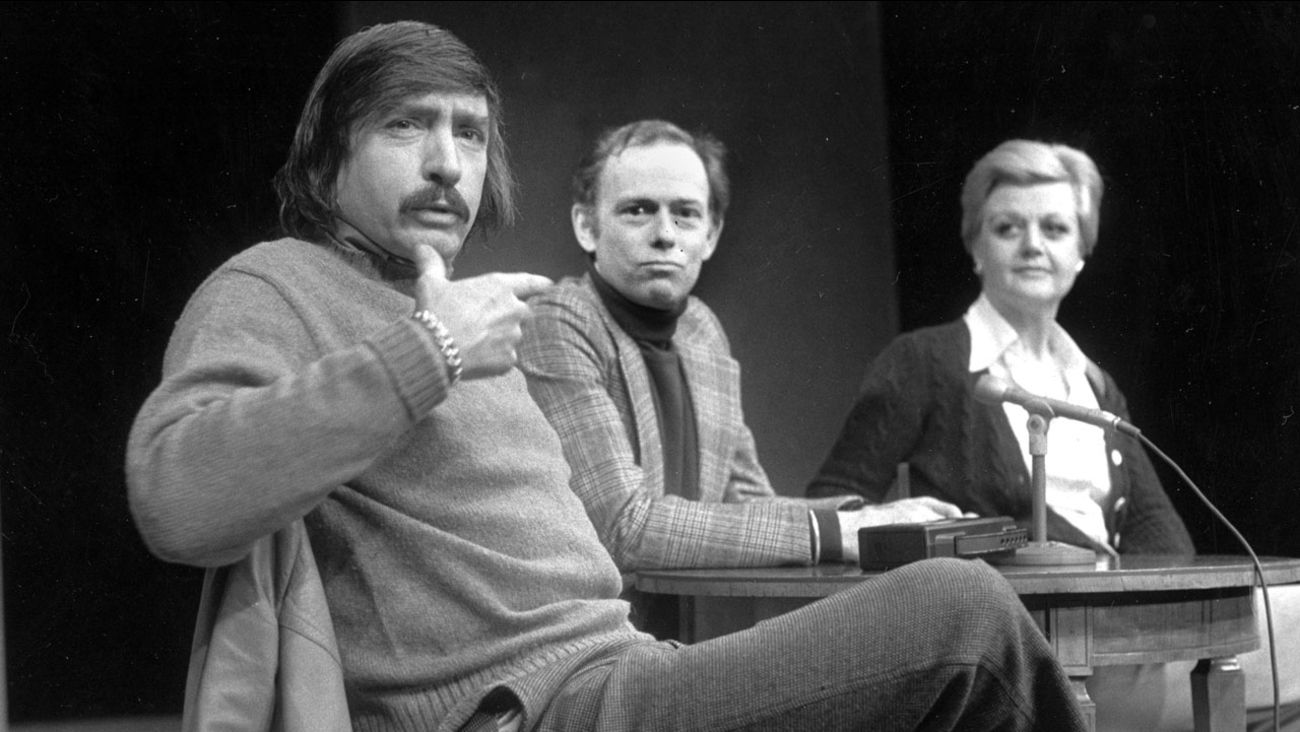 MONTAUK, NY -- Three-time Pulitzer Prize-winning playwright Edward Albee, who challenged theatrical convention in masterworks such as "Who's Afraid of Virginia Woolf?" and "A Delicate Balance," died Friday, his personal assistant said. He was 88.

Albee was also a longtime University of Houston professor.

He died at his home in Montauk, east of New York, assistant Jackob Holder said. No cause of death was immediately given, although he had suffered from diabetes. With the deaths of Arthur Miller and August Wilson in 2005, he was arguably America's greatest living playwright.

Several years ago, before undergoing extensive surgery, Albee penned the following note to be issued at the time of his death: "To all of you who have made my being alive so wonderful, so exciting and so full, my thanks and all my love."


Albee was proclaimed the playwright of his generation after his blistering "Who's Afraid of Virginia Woolf?" opened on Broadway in 1962. The Tony-winning play, still widely considered Albee's finest, was made into an award-winning 1966 film starring Elizabeth Taylor and Richard Burton.

The play's sharp-tongued humor and dark themes were the hallmarks of Albee's style. In more than 30 plays, Albee skewered such mainstays of American culture as marriage, child-rearing, religion and upper-class comforts.

"If you have no wounds, how can you know you're alive?" a character asks in Albee's 1996 "The Play About the Baby."

"It's just a quirk of the brain that makes one a playwright," Albee said in 2008. "I have the same experiences that everybody else does, but... I feel the need to translate a lot of what happens to me, a lot of what I think, into a play."

Albee challenged audiences to question their assumptions about society and about theater itself.

"Plays are acts of protest meant to change people," he once told The Star Tribune of Minneapolis.

He did it with humor and a sense of linguistic delight, using withering barbs and word play to hint at deeper meaning.

"I think if a writer gets ideas, you've got to get them out of your head," he said.

His unconventional style won him great acclaim but also led to a nearly 20-year drought of critical and commercial recognition before his 1994 play, "Three Tall Women," garnered his third Pulitzer Prize. His other Pulitzers were for "A Delicate Balance" (1967) and "Seascape" (1975).

Many of his productions in the years after "Seascape" were savaged by the press as inconsequential trickery, a shadow of his former works. But after "Three Tall Women," a play he called an "exorcising of demons," he had several major productions, including "The Play About the Baby" and "The Goat or Who Is Sylvia?," which won him his second Tony for best play in 2002.

Many of his works had similar things in common: domestic rancor inflamed by booze, a sense of unknown anxiety, a lost child who creates a marital friction and precise but flailing language that alternates between comic and profound.

In interviews, Albee recoiled at the idea of drawing parallels between his works or between his cynical outlook and his unhappy childhood.

"Each play of mine has a distinctive story to tell," he told The Santa Fe New Mexican in May 2001. "What unites them all is that I'm trying to make people more aware of whether they're living their lives fully or not."

Albee was born in 1928 and was adopted by a wealthy suburban New York couple. His father, Reed Albee, ran the Keith-Albee chain of vaudeville theaters; his mother, Frances Albee, was a socialite and a commanding presence who kept a hold on him for much of his life.

Estranged from his parents, Albee moved to Manhattan's Greenwich Village and worked as a messenger for Western Union before gaining notice with "The Zoo Story," a one-act play about two strangers meeting on a bench in Central Park. Written in 1958, it was first produced in Berlin, translated into German.

With "Who's Afraid of Virginia Woolf?" and 1964's "Tiny Alice," Albee shook up a Broadway that had been dominated by Tennessee Williams, Miller and their intellectual disciples.

"Who's Afraid of Virginia Woolf?" presents an all-night drinking bout in which a middle-age professor and his wife verbally spar and unravel their illusions during a visit by a younger couple. The play, spiked with dark humor, focused on the interplay between reality and fantasy, a theme that persisted in many of his later works.

Albee also directed the American premieres of many of his own plays, starting with "Seascape" in 1975. "Seascape" and "Who's Afraid of Virginia Woolf?" were revived on Broadway in 2005, and "Who's Afraid of Virginia Woolf?" was revived on Broadway again in 2013. "A Delicate Balance" was revived a year later, starring Glenn Close.

Albee brought back "The Zoo Story" to startling effect in 2007 with "Edward Albee's Peter and Jerry." The shattering encounter between two strangers in a park - the aggressive, almost psychotic Jerry and the bland, middle-aged Peter - that is "The Zoo Story" became the second act of the new work. The first act, based on Albee's much later "Homelife," fleshes out Peter's character.

It was one of a number of fruitful productions around the time the playwright turned 80 in 2008.

That year saw the world premiere of his play about identical twins, "Me, Myself and I," at the McCarter Theatre in Princeton, New Jersey; a New York revival of two of his early one-act classics, "The American Dream" and "The Sandbox"; and the premiere of "Edward Albee's Occupant," a piece about sculptor Louise Nevelson and the cult of celebrity.

Albee was honored by the Kennedy Center for the Performing Arts in 1996 for his lifetime contributions. Then-President Bill Clinton praised Albee as a man who inspired a generation of American dramatists. Clinton also awarded Albee a National Medal of the Arts that year.

Into his 70s, Albee continued to write provocative and unconventional plays. In "The Goat or Who is Sylvia?" the main character falls in love with a goat.

"I don't like the idea of getting older and older because there's meant to be a time when that has to stop," Albee said in 2001. "Dying strikes me as being a great waste of time."

"I couldn't write for a long time," Albee told The New York Times in 2007. "The mourning never ends; it just changes. But then I got back into a feeling of usefulness."

To get alerts for breaking news, download the abc13 news app for iPhone or Android. You can also get breaking news alerts sent to you by email.
Related topics:
arts & entertainmentnew yorkcelebrity deathstheater
Copyright © 2020 by The Associated Press. All Rights Reserved.
More Videos
From CNN Newsource affiliates
TOP STORIES