KTRK
HOUSTON (KTRK) -- In a letter to the Texas State Board of Education, Houston Mayor Sylvester Turner has called on the board to reject a textbook currently under consideration for the 2017 school year.

"I have read parts of the proposed textbook as well as reviews from experts in history and Mexican-American studies. In short, I find this textbook to be offensive," said Mayor Turner in a statement. "The purpose of instructional material is not to undermine our educational system, to push an ideological agenda or to disseminate inaccuracies, stereotypes and errors about our collective history."

In a release, the mayor's office says his opposition to the book comes from a section on page 248. The following is the excerpt from the textbook:

"Industrialists were very driven, competitive men who were always on the clock and continually concerned about efficiency. They were used to their workers putting in a full day's work, quietly and obediently, and respecting rules, authority, and property. In contrast, Mexican laborers were not reared to put in a full day's work so vigorously. There was a cultural attitude of 'mañana,' or 'tomorrow,' when it came to high-gear production."

Educator and activist Tony Diaz says the descriptions in the book are problematic.

"If it's allowed in Texas classrooms, it will teach a whole generation of students how to discriminate against Latinos," Diaz said.

Mayor Turner wrote a letter saying, "politicized, prejudicial, erroneous textbooks must not be used as instructional materials for students."

Moms that were showed the controversial passage agreed.

"I wouldn't want my child to look at Latinos like this," Jessica Limbrick said. "I'm very shocked that anybody would think this is OK to put in a textbook for kids to learn in high school.

This is not the first textbook controversy we've seen lately. Last year, a Pearland mom got a publisher to change a textbook that called slaves migrant workers. 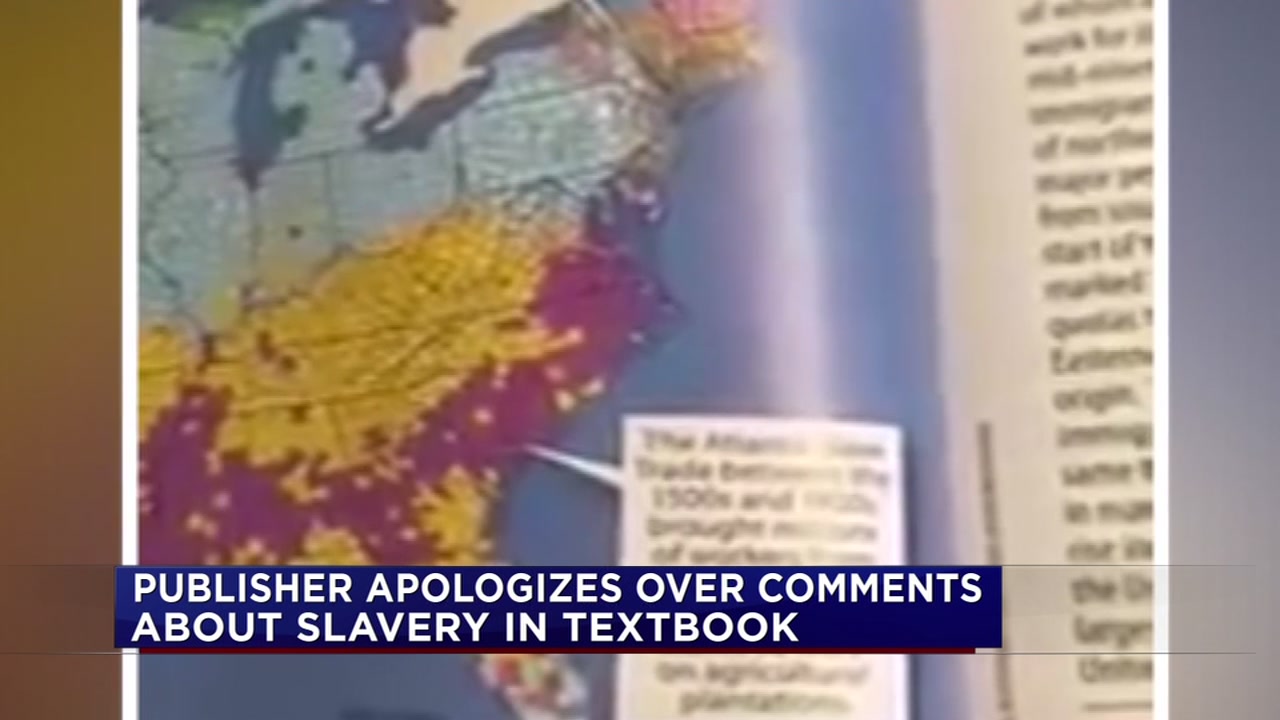 Mom calls out textbook publisher for interpreting slavery as immigration
Book publishing giant McGraw-Hill is saying it will rewrite a textbook after a Texas mother voiced concerns on YouTube about the portrayal of slaves as immigrant "workers" in her son's school book.

Diaz says this is part of a bigger picture. He's taking a bus load of people to Austin for the state board's public hearing on proposed textbooks next week.

"We've been on the lookout to make sure to implement Mexican-American studies," he said. "But we're also gonna make sure any racist textbooks are kept out of the school system as well."

Turner is urging for the adoption of an alternative textbook that "features and celebrates the cultural and historical contributions Mexican-Americans and Hispanics have made to building and collective identity of the United States."

"It is unbelievable that such a hateful stereotype appears in a textbook for Texas students. Politicized, prejudicial, erroneous textbooks must not be used as instructional materials for students," said Turner. "It is important for us to understand that Mexican-American culture is a vital and vibrant part of the United States' rich and diverse culture and history."

According to the state board, even if they approve the book, the decision to use it and any other book is up to the local districts.
Related topics:
educationeducationbooksstudents
Copyright © 2020 KTRK-TV. All Rights Reserved.
More Videos
From CNN Newsource affiliates
TOP STORIES