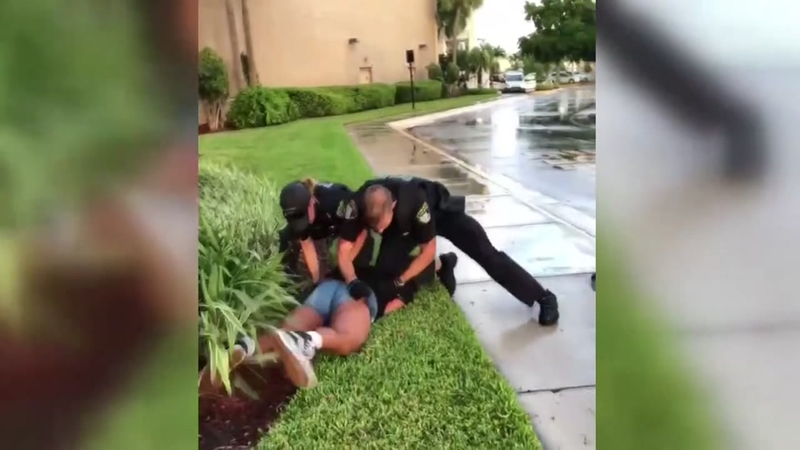 CORAL SPRINGS, Florida (KTRK) -- The mother of a Florida teen is speaking out about video that shows her 14-year-old daughter being punched repeatedly by an officer.

While the video has many outraged, the police department says it's only the end of what they say that teenage girl started.

They say she and a group of other teens were issued a trespassing warning and were told not to return.

They did, and police say when they responded, the girl became aggressive, so they arrested her.

"She clearly wasn't aggressive. Everyone can see she was laying there. So I just want justice to be served," the girl's mother said.