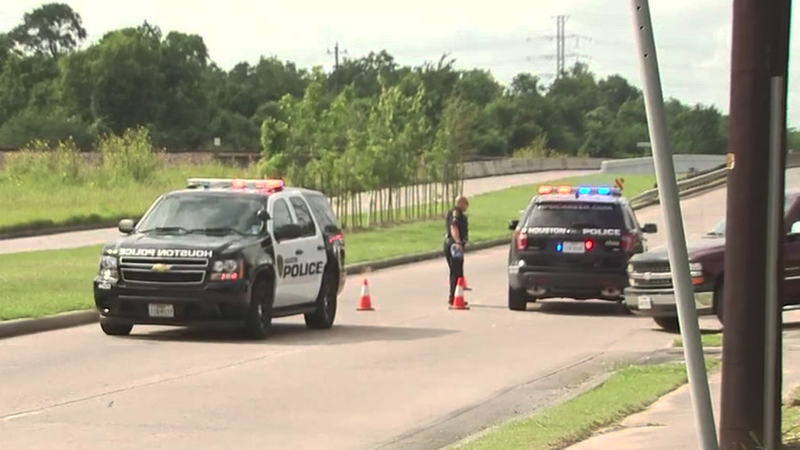 HOUSTON (KTRK) -- A bystander on a bicycle discovered the body decomposed body of a man in a ditch near Hobby Airport.

Houston police say the body was found along Mykawa Road near Airport Boulevard in southeast Houston.

The high brush made the body hard to see, but the bystander somehow caught a glimpse of the man and flagged down a driver to call police on their cell phone.

Homicide investigators say the victim suffered some sort of head trauma, but because of decomposition, they cannot tell if it was the result of a previous injury or perhaps something more recent.

Police believe the man may have been homeless because he was found only wearing pants, no shoes or shirt anywhere to be found.

Detectives cannot say just how long the man has been lying there in the ditch, saying it could have been for a night or longer.

Mykawa is expected to remain closed for some time while officers comb the scene. Investigators say they will do a more extensive investigation since the body is in bad shape, including a DNA swab which may lead them to identifying the victim.

The bystander who found the man did not appear to know him. Officers say they would like to ask him a few more questions to help in their investigation.