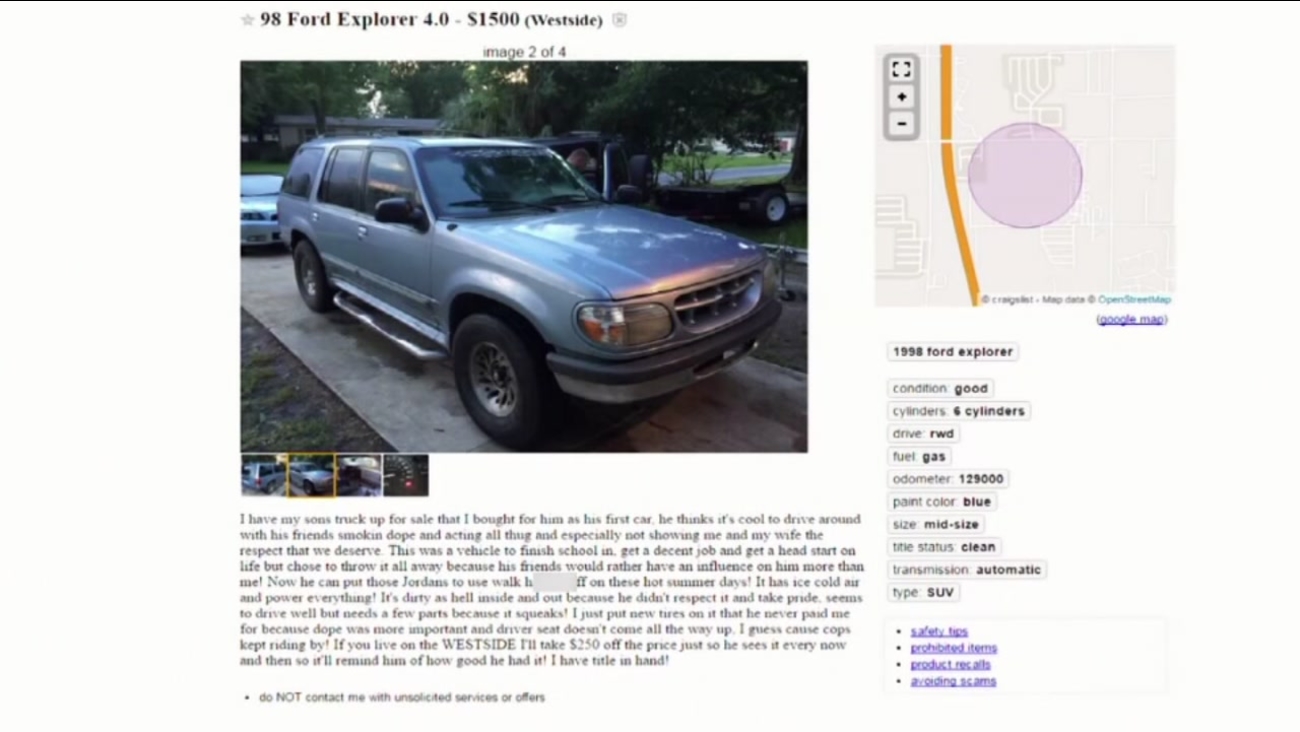 JACKSONVILLE, FL (KTRK) -- A Florida father is getting a lot of attention online for an ad he posted on Craigslist. He's selling the truck he bought his 18-year-old son, after finding out he was using it -- in his words -- "to drive around and smoke dope with his friends."

Some are celebrating the dad's effort.

Allan Gieger told local station WJXT, "Texas, Tennessee, just all over the place, telling me I'm not interested in your truck. I just want to tell you you've got Texas support and everyone supporting you with your decisions."

Geiger says the reason this 1998 Ford Explorer is for sale, is because,"He thinks it's cool to drive around with his friends smokin' dope and acting all thug...especially not showing me and my wife the respect that we deserve."

Gieger showed the station inside the vehicle, noting, "Got the last little bit of roach that I guess him and his buddies were smoking. Whoever gets this thing has definitely got to clean it out."

Gieger said he's adding a bonus for buyers who live in the neighborhood, saying, "I had it for $1,500, and I'll take $250 off if someone from the Westside did buy it, just so he could see it every now and then when he's walking when he's with his friends."

His son didn't want to talk to reporters, but the local station says they were told he's remorseful and focused on getting his diploma.

Geiger told WJXT this is just a little bump in the road for his son. He says if his son gets a job and saves $1,000, he'll match the money and they can go and buy a new car.
Related topics:
floridamarijuanaparentingu.s. & world
Copyright © 2021 KTRK-TV. All Rights Reserved.
More Videos
From CNN Newsource affiliates
TOP STORIES