KTRK
By Pooja Lodhia
HOUSTON (KTRK) -- "I am on the news live hearing one dead, and I'm thinking it's my son," said Sheri Wilson.

Sheri's son, Byron Wilson, is in critical condition at Ben Taub Hospital. The thirty-year-old is one of several people injured in Sunday's mass shooting in West Houston.

Byron was shot three times, in both legs and his shoulder.

He's already been through several surgeries and blood transfusions today.

A woman who found herself in the midst of Sunday's shootout is lucky to have escaped unharmed.

"It's trying to put all the events together," Sheri explained. "It happened all so fast."

At first, police labeled Byron as a possible suspect.

Then, as the investigation unfolded, police clarified -- Byron was a good Samaritan, seemingly trying to stop the shooter.

But, for Sheri, the most disturbing part of all is who police have identified as the shooter: 25 year old Dionisio Garza, a 25-year-old veteran.

"A veteran. A nice looking guy," she said. "I mean, what are we doing? What are we doing for our veterans? They, too, have families. They're hurting and we have got to listen. We have to listen."
Related topics:
houstonvictimsmass shootingshooting
Copyright © 2020 KTRK-TV. All Rights Reserved.
RELATED
Woman shot at during W. Houston rampage speaks 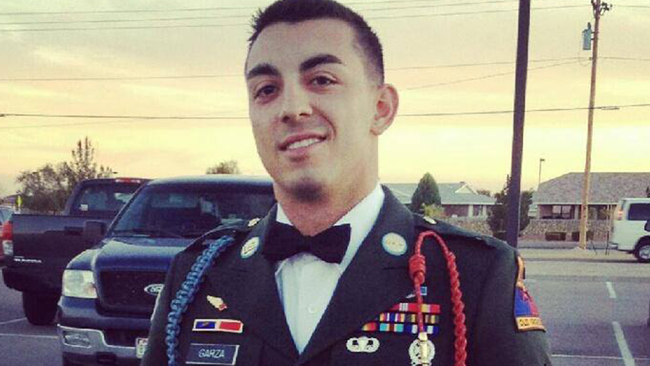