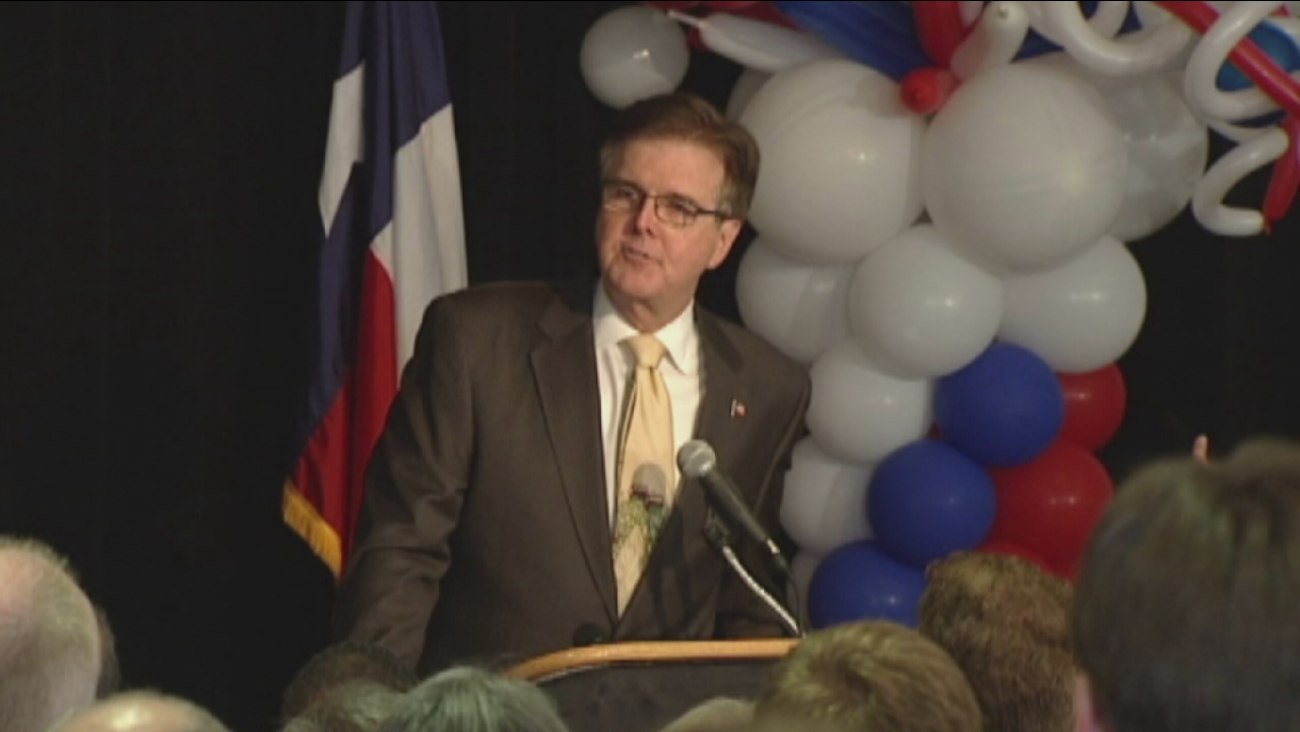 In an interview with Eyewitness News, Patrick, the co-chair of Cruz's Texas campaign, said he has not yet talked with Cruz about the decision but that it "takes a big man to give up something they've fought so hard for."

Cruz announced the end of his presidential bid in Indiana Tuesday night, after the most recent in a string of losses made his path to the nomination less and less likely.

"I was a little surprised," said Patrick, "but not shocked. Ted is always going to do the right thing for the party and country."

Patrick, serving his first term as the state's Lt. Governor, frequently traveled and spoke on behalf of the Cruz campaign. He now says, that despite presumptive nominee Donald Trump not being his first choice, he will support the New York real estate developer and hopes other Republicans will do the same.

He also suggested Trump should name Cruz as his choice to replace deceased Supreme Court Justice Antonin Scalia. President Barack Obama has named Merrick Garland as his choice to succeed Scalia, but Congress may refuse to act before the next president takes office. Cruz was Texas' solicitor general before becoming its junior senator and is a constitutional lawyer.

Patrick added that he understands some Republicans won't support Trump in November. But he urged those who might pass on picking a president to still vote for down ballot offices.

"There is too much at stake," he said, adding he will now work toward supporting Trump as the general election looms.