Uber threatens to leave Houston in dispute over background checks 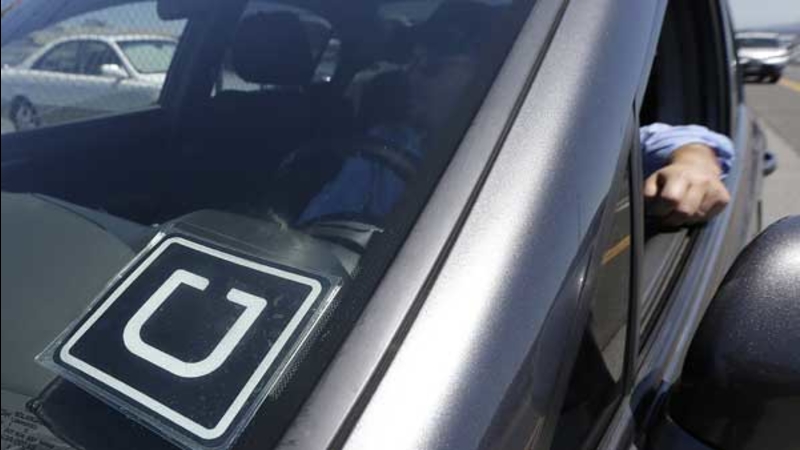 HOUSTON (KTRK) -- The popular ride-sharing service Uber and the city of Houston find themselves in a standoff once again.

Uber is threatening to pack up its operations and leave Houston over the city's requirement that Uber drivers get fingerprinted. Uber says other cities don't require it and Houston's bureaucracy is getting in the way.

Wednesday night, dozens of Uber drivers debated the company's ultimatum as they waited to be called up at a satellite parking lot near Bush Intercontinental Airport.

"It took me all of two days," said driver Jason Garrett. "Any job, you have to go through a process."

The majority of drivers support the extra safety checks.

Mayor Sylvester Turner says the city is standing its ground to protect Houstonians.

"The city's finger print background check found that hundreds of Uber applicants for licenses who had been through had prior criminal histories. For murder, assault and battery, indecent exposure, DWI, prostitution and aggravated robbery," Turner said during an afternoon news conference.

Eyewitness New can't verify that. The city will not release who has been rejected citing privacy issues. Neither will Uber, despite its claims fingerprint checks aren't needed. Nationwide, Uber drivers who have passed only the company's checks have been charged with rape, assault, DUI and murder.

UBER CONTINUES TO BE A SERVICE HOUSTONIANS DEPEND ON

Consumers have become dependent on the service.

"I take Uber four times a week," Shante Williams said. "I don't like to drive with my job."

"Our transportation situation in Houston isn't great," Justin McKee said. "So having Uber as a means...it means I don't have to drive somewhere, to relieve parking, or if I have a couple of drinks."

Justin Mckee and Shante Williams are two of the thousands of Houstonians who use Uber regularly.

"Actually all my Uber drivers have been great people. Some of them I've actually kept in contact with," Williams said.

But Uber calls the city's requirement that those drivers go through a background check using their fingerprints "burdensome."

"It's kind of scary that they wouldn't even want to go through that process. I think it makes everyone safe when they're riding to know who you're riding with. You could be riding with anyone," Williams said.

"That's up to them and the city," says Michael Vayner. "We're here. We abide by the rules, and we're 100 percent behind fingerprinting."

Vayner is with the Ride Share and Delivery Service App Get Me. The Texas-based company has been in Houston since October. All 800 of its drivers here have been fingerprinted, and that number is going up as it prepares to expand into Galveston.

"I believe safety is the biggest key we need to deal with to make sure we have drivers that are safe on the road as well as picking up the customers and having them be safe as well," Vayner said.

"It's so convenient that it's easy to overlook the complaints I've heard geared toward Uber, be it from the city or the cab services that were already in place," explained McKee.

Shante Williams says Uber's exit from the market would be bad for her.

"It's gonna suck bad because that'll mean I have to drive everywhere," she told us. "I don't wanna take a taxi. Taxi is not the same. Uber is cool...you can get a luxury car if you want."

In its press release sent out Wednesday evening, Uber says:

"We are optimistic that we can work with the City in the next few months to bring Houston's rules more in line with the rest of the country. However, if the City refuses to act, we will have to cease operations just as other ride-sharing platforms previously did."