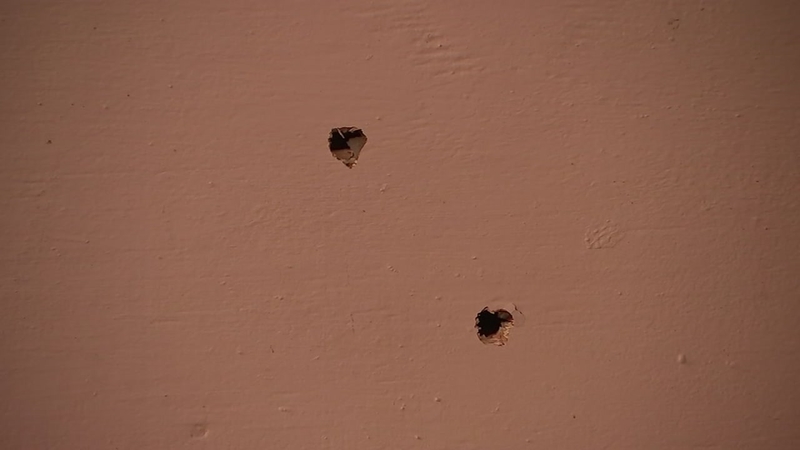 HOUSTON, Texas (KTRK) -- A 13-year-old girl was injured in a drive-by shooting when bullets flew into her bedroom overnight in northeast Houston.

Police say at least 15 shots were fired at her home on Locksley and Wayside around 11:55 p.m. Seven of those bullets went into the girl's bedroom.

Bullet holes left behind after a drive by shooting injures a 13 year old girl.https://t.co/uwwUjBYBBq pic.twitter.com/HJpxWgtUEI

Detectives say one or two suspects fired at the house from a gray sedan. Authorities told ABC13 the girl was inside the home with her family.

She was lying on her bed at the time of the shooting.

"We can't even say wrong place because she was in her room, at home, at nighttime, where she should be as a 13-year-old," said HPD Det. Ana Hernandez.

The girl was hit in the upper thigh in one leg. She suffered a graze wound to the ankle on her other leg.

According to her brother, she will undergo surgery this morning, but she is expected to be okay.

One neighbor told ABC13 that gunshots are all too common in the area.

"I heard the shots, but didn't think anything of it. Then come to find out it was my neighbor," said Nate Flores.

HPD has no information on suspects at this time.

TIMELINE: Children killed or injured by violence in Houston