KTRK
By Ted Oberg
HOUSTON, Texas (KTRK) -- Houston Sgt. Chris Brewster and Nassau Bay Sgt. Kaila Sullivan are just two of six law enforcement officers who died in the Line of Duty in the last seven days across our country according to the Officer Down Memorial Page. ODMP.org is a national clearinghouse for information on Line of Duty deaths.

The deadly total includes not only Brewster and Sullivan, but Detective Joseph Seals from Jersey City, NJ and Officer Stephen Carr from the Fayetteville, Arkansas police department. Carr has family ties to the Houston area.

RELATED: Fallen HPD officer remembered as 'the best of the best'

Despite the tragic tally recently, statistics show 2019 is likely to be a safer year for officers across the country. According to ODMP.org, 117 officers have died in the line of duty through Dec. 10, 2019. Last year, 166 active-duty officer died. 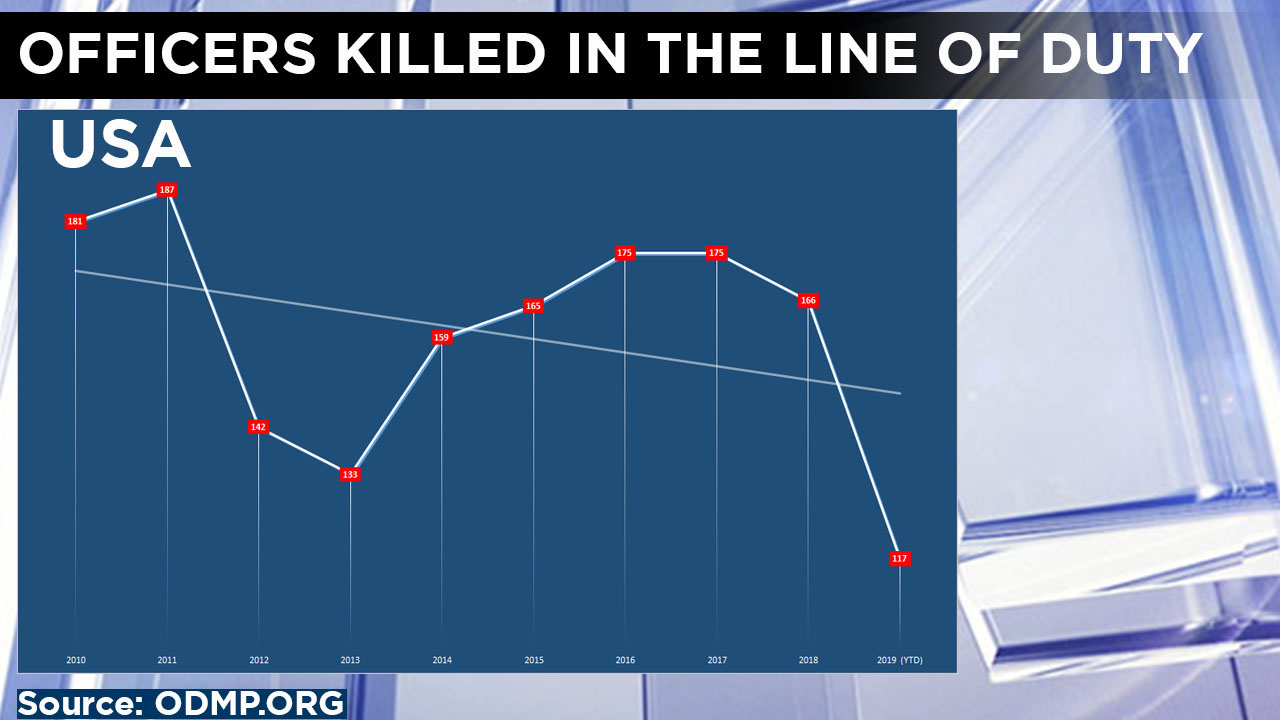 ODMP counts officers who were killed intentionally and accidentally. 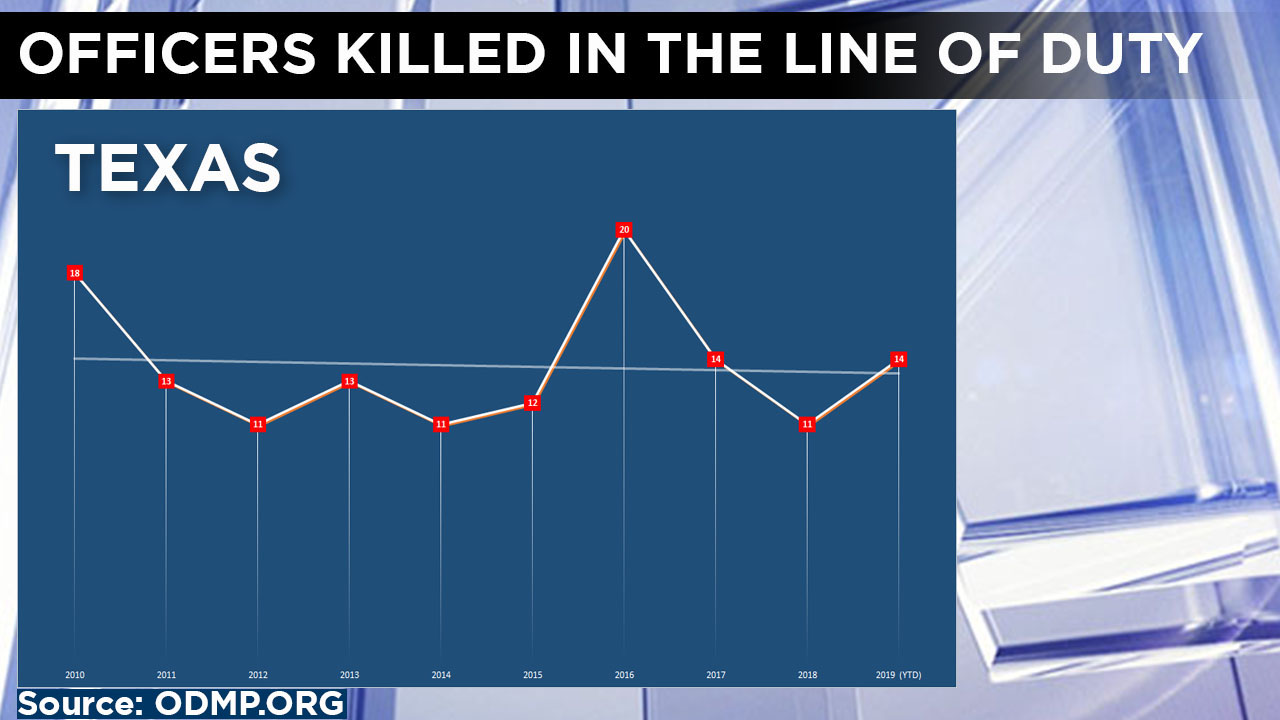 In Texas, statistics show 14 officers have died in the line of duty this year. That is more than last year and higher than six of the last eight years.

Gunfire, which killed Sgt. Brewster, is always the leading cause of death for officers. Vehicular assault, which is how Sgt. Sullivan died, is the number two cause of intentional death. 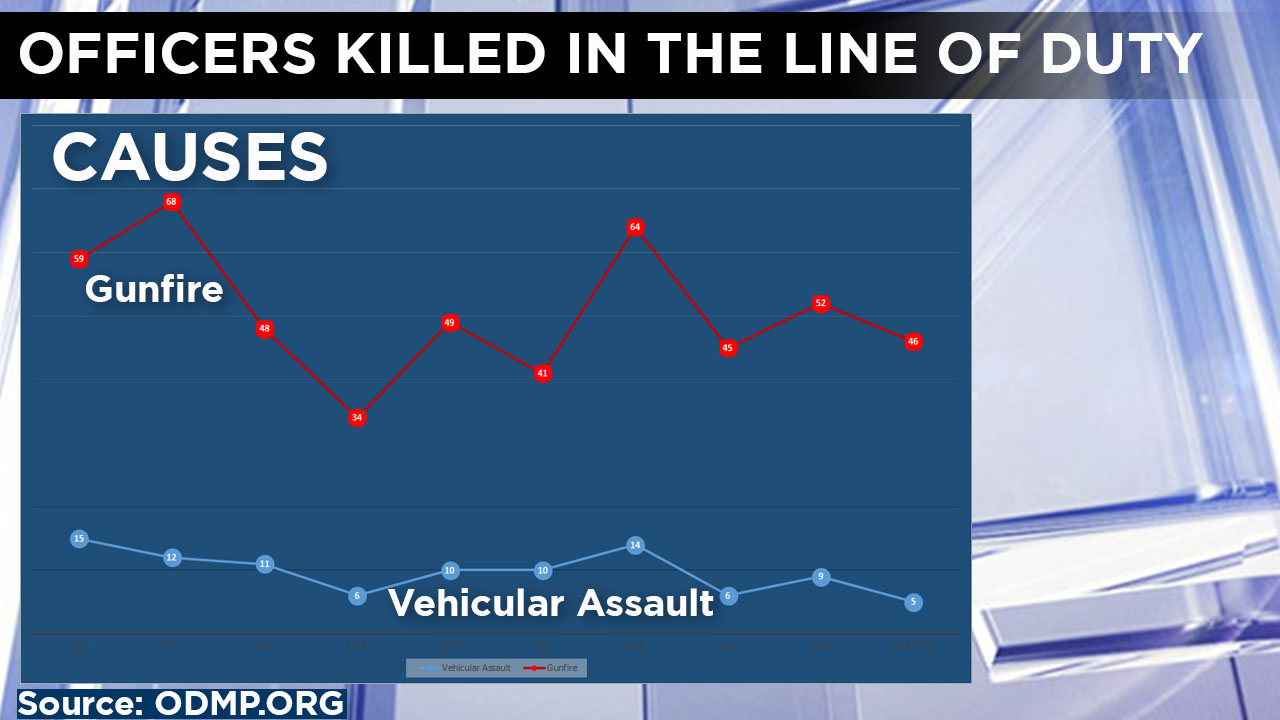 Gunfire is the leading cause of death for officers. Vehicular assault is the number two cause of intentional death.

Have a tip for Ted Oberg? A problem to solve? Get in touch with us on our tip page, or send a tip below. (On mobile? You can open our form by tapping here.)
Related topics:
houstonted oberg investigates
Copyright © 2020 KTRK-TV. All Rights Reserved.
TED OBERG INVESTIGATES