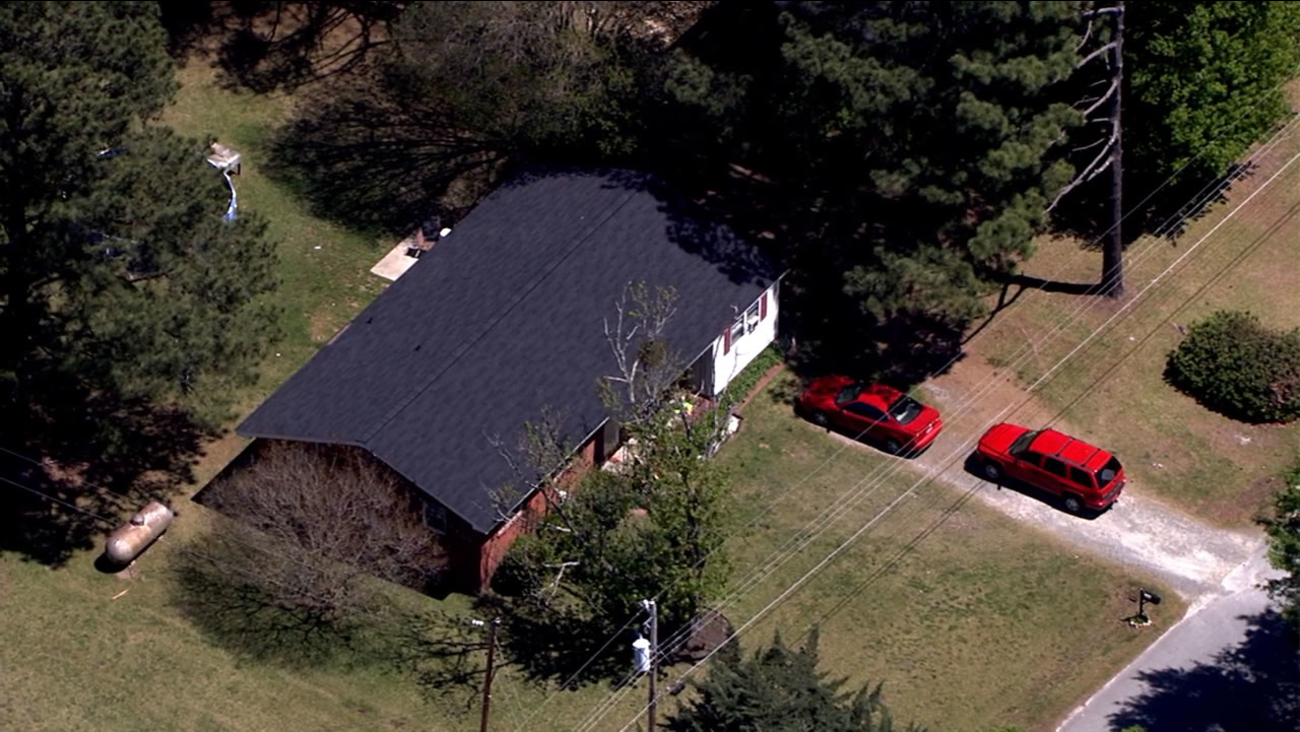 SMITHFIELD, NC -- Police in Smithfield are investigating after they say multiple bags of human child remains were found under a house.

Officers responded to 102 Hartley Drive Saturday afternoon in reference to human remains found under house. After arriving, police say they confirmed that the remains appear to be of a human child, possibly of an infant. Detectives say the remains appeared to be a human foot, approximately the size of a newborn's.

According to the warrant, the remains were wrapped in three separate trash bags and had towels around them.

Investigators say they spoke to Pamela McBride, the woman who leases the house. She said she lived at the residence with her son, James Morgan, and his fiance. McBride told authorities she asked her son to run a cable under the house earlier in the day and that's when he noticed the trash bags. Morgan described the bags as "squishy" and removed them to run the cable.

After finishing his work, investigators say he opened the bags and realized it contained remains of "something once living." He told his mother who then immediately called the police.

According to the warrant, McBride told investigators she has a daughter, Bridgette Morgan Smith, who has battled drug addiction and has lived with her at different times throughout her life. McBride says Smith became pregnant as a teenager and after delivering the child immediately gave the infant up for adoption.

McBride has custody of two of Smith's other children-- a 7-year-old girl and an 8-month-old son. Smith does not have custody of any children.

McBride told authorities that several times in the past Smith was "obviously pregnant" but would deny it, wearing oversized hoodies even in the summer to conceal the pregnancies.

McBride said Smith would often leave for several weeks once she began to look pregnant and return after she "obviously had delivered the baby," but would make no mention of where the baby was. McBride estimated that Smith has been pregnant about "10 times" that she knows of, but only has the three children whose whereabouts are known, according to warrants. Police have not confirmed McBride's allegations.

McBride told investigators about two incidents where Smith had obviously delivered a child but she did not know what was done with the child.

The first incident she described happened approximately 12 to 15 years ago, where she says Smith was pregnant and came home after delivering. Smith told her family she was traveling on the interstate and went into labor, drove to the nearest hospital and delivered the child. She said she left the baby there.

McBride says the second incident allegedly happened in 2005 at McBride's mother's house in Smithfield where Smith lived as well. McBride's mother, Rose Branch, told her that Smith had locked herself in the bathroom for hours with bathwater running. McBride says that Smith appeared to deliver a baby and there was a blood trail leading from the bathroom to Smith's room, according to warrants. She says she does not know what happened to that infant either.

The investigation is ongoing. Stay with ABC11 and ABC11.com for the latest updates on this breaking news story.