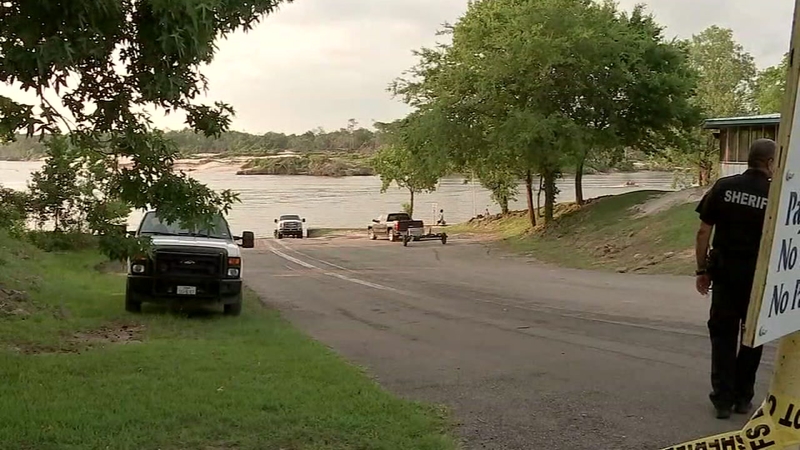 12-year-old drowned trying to save mom

HOUSTON, Texas (KTRK) -- The body of a 12-year-old girl was found Sunday afternoon after she disappeared underwater in the San Jacinto River. Officials believe the girl was trying to save her mother, who was struggling in the water.

According to the Harris County Sheriff's Office, investigators were called to the river in the 12000 block of Beach Street.

While trying to save the mom, two 12-year-old girls went underwater after stepping into a deep hole, investigators said.

"The 12-year-old dropped into a hole, disappeared and never came up. A guy went down and held his breath but couldn't find the bottom of the hole," HCSO Marine Division Captain Don Stanton said. "It was at least 10 feet deep."

A boater managed to pull one of the girls to safety, but the other 12-year-old never came up. Her body was recovered around 5:15 p.m.

The mother managed to safely get out of the river.

The danger that has always surrounded the bend of the San Jacinto in east Harris County is said to have increased since Hurricane Harvey.

Some sections of beach have disappeared, while others expanded, because of all the sand pushed downstream during the flood. The force of the water carved new drop-offs in the river bottom.

"Where the little girl was found today, before the storm, the beach was about 40 yards wide. Now, it's about 140 yards wide. You used to be able to walk out a ways. Now you walk out a couple of feet, and you go in about 11 or 12 feet of water," Stanton said. "It's like that now all the way from the Lake Houston dam downstream."

It's a warning to anyone who swims in the river to wear a life vest.