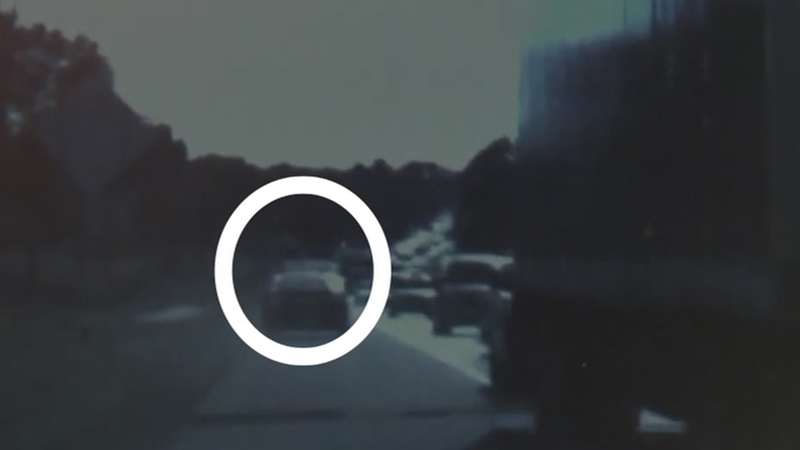 MONTGOMERY COUNTY, TX (KTRK) -- A 12-year-old girl who allegedly took her grandmother's car on a high-speed joyride will remain in police custody over the weekend.

Investigators say that girl led police in a chase, reaching speeds of up to 118 miles per hour, sideswiping vehicles and putting lives at risk.

Raw dashcam video from the chase through Montgomery County

The Montgomery County attorney says the dash cam video shows one of the most incredible chases he has ever seen.

It all happened around 5:30 last night, and in the dash cam video, you can see the 12-year-old as she weaves in and out of traffic, squeezing narrowly between two cars.

The video goes on to show the girl drive right through red lights, and literally right into oncoming traffic at rush hour.

Fortunately, no one was injured, including her 5-year-old sister, who was in the backseat of the vehicle.

Officers only learned of what was going on after the 12-year-old girl's grandmother called police, noticing both she and the 5-year-old were gone, along with her car.

Thinking the girls were kidnapped, she called 911. They were able to track the car using OnStar, and after that, the chase ensued.

The chase from east Montgomery County to the western edge of the county along Highway 105. OnStar ultimately ended the chase by disabling the car.

County Attorney JD Lambright believes the chase lasted 40 miles or so. He said was especially dangerous because it occurred at 5:30 during rush hour traffic.

Lambright said the 12-year-old will remain in custody until she faces a judge on Tuesday at 1pm.

She will likely face multiple felony charges including evading police and stealing property. The judge will determine if she will remain behind bars.

Lambright says he will likely recommend the girl stay behind bars because he says she was so reckless.

Lambright says it was like a scene right out the movies.

"I am amazed no one was killed or seriously injured," Labright says.