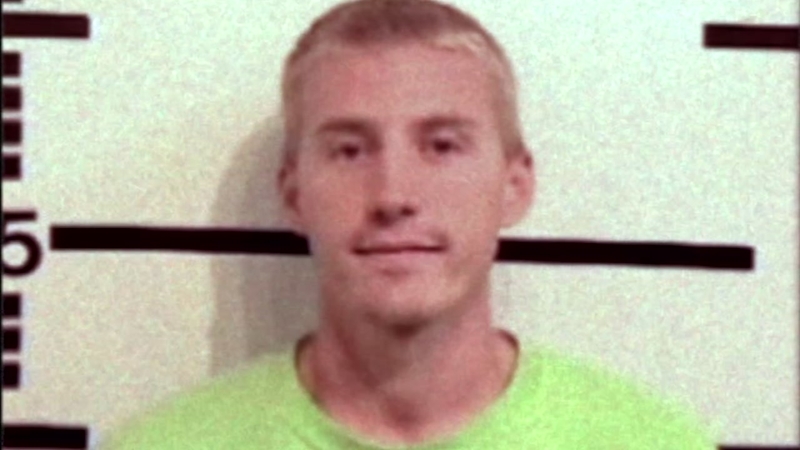 Summer is just around the corner and if you're sending your kids to camp, listen up.

An ABC13 Eyewitness News investigation found cases of reported abuse at camps. We had to dig to get the information and so will you, but a new bill aims to change that.

It all goes back to 2009, when a woman we're calling Jane Doe sent her then 11-year-old son to summer camp.

Disturbing details were described by the boy in a forensics interview. The boy says he was touched by a camp counselor at Camp La Junta, 80 miles outside of San Antonio.

The boy describes how the counselor would check the children after showers to see if they were clean enough.

"He'd do that to every kid," the boy said. "He'd check them. He'd just, like, stick his hand under the towel."

The counselor, Matthew Bovee, is in prison for the crime, but a decade later the boy's mother is still seeking justice, not for Bovee's case but rather from the state.

She says state law doesn't go nearly far enough to protect our children. She does not want to be identified to protect her son's anonymity.

"Yes. I think Texas laws need to be completely overhauled," Doe said. "When I started looking into the Texas laws, I was flabbergasted."

When a child is abused or believed to have been abused at camp, Texas requires the camp to report it to the Department of State Health Services immediately, but in the case of Doe's son, the camp never reported the case of sexual abuse.

In fact, the state didn't learn about it until the child's mother reported it. The state's recourse for the violation: just a warning letter.

When we asked the state about why it sent a warning letter and didn't take further disciplinary action, a spokesperson sent a response saying, "We didn't know about the abuse until we received a complaint last year. Any penalty would depend on the circumstances of the case. In this case, because of the time that had elapsed, we issued a warning letter to the camp."

Doe and child advocates are shocked to learn that the state doesn't enforce stronger punishments.

"I think this is one area where our great, great state failed the victim's family, and really should have every other person that's potentially sending their kids to camp think twice or three times before they go," said Rania Mankarious, CEO of Crime Stoppers of Houston.

We requested abuse cases at summer camps from the state. We found 12 cases of alleged abuse at youth camps from 2013 to 2018. but for you at home, you cannot get to these records easily.

"The DSHS youth camp webpage posts enforcement actions which are violations of the Department's statute and rules, i.e., those violations that are within our jurisdiction to enforce," a DSHS spokesperson said. "If an individual were convicted of abuse of a camper while at a youth camp, that would be a criminal violation, not a violation of our statute or rules, and it therefore would not appear as an enforcement action on the youth camp webpage."
"There's very little language about physical safety of the children, sexual assault, potential sexual assault of the children," Mankarious said. "It's almost like it was an afterthought or an oversight, but it's not there. That's an enormous problem."

A bill proposed by State Rep. Jim Murphy this session would require camp operators to post information about substantiated cases of abuse on the camp's website, and make a written copy available upon request, making it much easier for parents to find this crucial information.

"Our goal is not to say that camps are bad, but to say that the wonderful institution of camping has had no regulation in place that really protects children and that, right there, needs to be addressed," Mankarious said.

Rep. Murphy's bill is making its way through the legislature. It currently is in a House committee.
State rules do require criminal and sex offender background checks, sexual abuse awareness training and again, the camp is required to report the abuse to the state.

Reported sexual abuse cases at Texas youth camps
Below is the list of youth camps with reported sexual abuse allegations between 2013 and 2018. The information was provided to the inspector general, according to the Texas Health & Human Services Commission. According to the HHSC, the alleged sexual abuse occurred at the camps. In some cases, the camps told us the allegations were not substantiated. We have included the name of the camp and the date the inspector general began its investigation.

The Trinity Pines Conference Center
Trinity, Texas
Two alleged sexual abuse cases: June 26, 2013 and June 18, 2014
The director of the camp told us after any alleged abuse incident, their first call is to local law enforcement and then to the proper state authorities. The director say the camp is privileged to be able to serve youth and communities, and they work hard to be proactive to initiate a safe environment.

Latham Springs Camp and Retreat Center
Aquilla, Texas
June 11, 2018
The camp told us they have had incidents where children reported abuse to camp staff, but said it occurred off-site and the camp was unaffiliated. They said they report any abuse they're made aware of. Again, the HHSC says their list only includes cases where the allegation was on the camp's site.

Cypress Creek YMCA
Houston, Texas
Aug. 21, 2014
For these three Houston-area YMCA camps, the YMCA sent a response saying:
"The YMCA of Greater Houston's priority is raising awareness of child sexual abuse and improving the safety of children in the community. Year-round, the YMCA educates adults about detecting early warning signs and preventing abuse from happening before it begins. The YMCA encourages adults and organizations to play a vital role in making Houston a safer place for children. The YMCA believes education and awareness is the key to support a culture of child abuse prevention. Each year the YMCA of Greater Houston serves over 3,500 youth ages 5-17 through our camp programs, and their safety is paramount to us. We have a zero-tolerance policy for child abuse and report any allegations to the Texas Department of Family and Protective Services."

Aug. 2, 2017
Their staff told us the only situation that they're aware of involved an incident outside of camp. They're not aware of any other incident, and they take any and all allegations seriously. They have an eight-point safety program. They look at staff training, including an intense screening process. They also have an intense monitoring system, are extremely forth-coming with clients, and respond aggressively concerning any suspicious activity. This is in addition to monitoring administrative practices.

Bridging Lives Social Skills and Recreation
Harris County, TX
Aug. 7, 2015
One of the operators said the incident involved a child's father, who said his son said another child touched him. The operator said he contacted CPS, the inspector general, and said nothing further came of the matter.

Twin Lakes YMCA
Cedar Park, Texas
Sept. 23, 2014
We reached out to the Twin Lakes YMCA. A camp spokesperson was working on a response concerning this matter, and we will update this story when the statement is received.

West Texas District Church of the Nazarene-Camp Arrowhead
Cleburne, Texas
March 18, 2015
They requested we reach out to the organization's attorney, and we are awaiting a response.