Locals, Johnny Manziel's grandfather speak out on 'Growing Up Manziel' 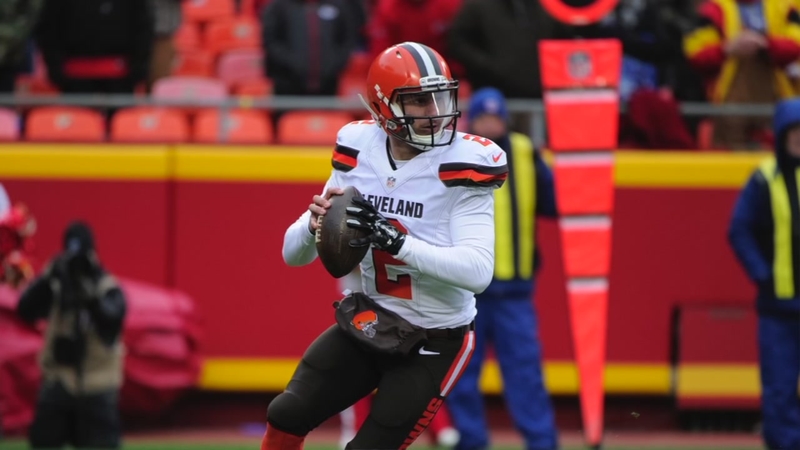 TYLER, TX (KTRK) -- Now that the Cleveland Browns has made their intentions known about Quarterback Johnny Manziel, the next question on football fans mind is whether "Johnny Football" has a future in the NFL?

While the former Texas A&M Aggie star had his share of success on the football field, he has proven that handling that success has not been his strength. It's a situation that residents of his former hometown of Tyler, Texas are watching closely.

"He was my sidekick for years," said Jerry Loggins.

Loggins is the owner of Loggins Restaurant in Tyler, Texas. He is also Manziel's grandfather on his mother's side. He says he knows a very different Johnny Manziel.

RELATED:Police launch investigation, Manziel ordered to stay away from ex-girlfriend

"He was around 8 years old, and he finally shot a dove out of the air, and the dove fell into the tank and it couldn't come to shore due to some shrubs out there," said Loggins. "He was brokenhearted, so I took my clothes off and went out there, and got the dove for him. He was tickled to death, and we went back to camp and Johnny had to tell everyone what I did."

Manziel called Tyler home until his parents moved the family to Kerrville during his seventh-grade year. People in his hometown have quite a few opinions regarding the Manziel family, who were reportedly larger than life even before the football star was born.

Johnny's great-grand father Bobby Joe Manziel was a boxer before he moved to East Texas in the 1930s. He later made in fortune in the oil fields.

As the football world waits to find out what's next for Manziel's career, Loggins says he is focused on supporting his grandson.